A plaque commemorating the history of one of London's oldest railway bridges has been unveiled in Abbey Street to mark the culmination of a major refurbishment project. 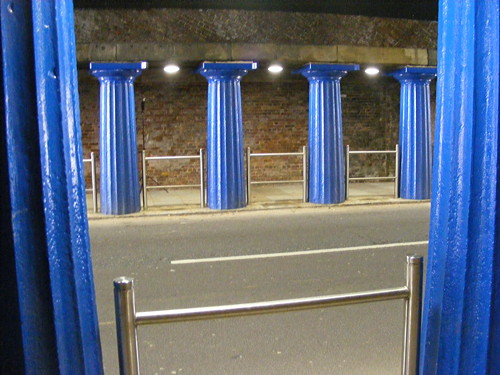 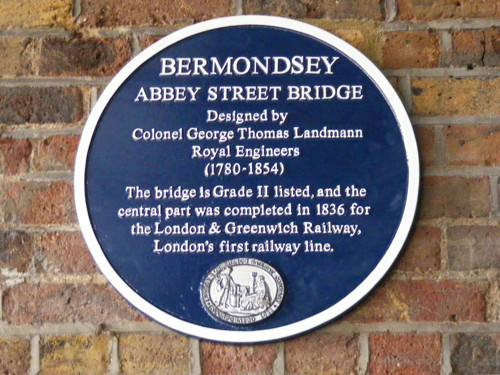 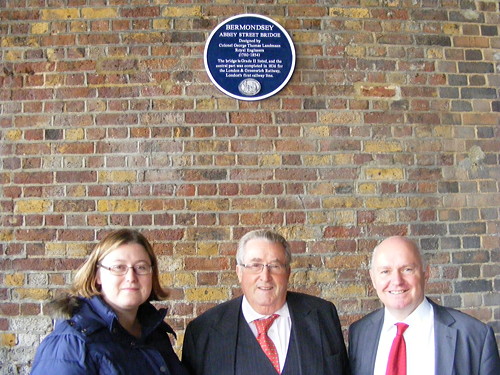 The cleaning and repainting of the bridge, together with the installation of new lighting, has been funded by section 106 payments from developers in the Bermondsey Spa area together with match funding from the Railway Heritage Trust.

"This is another symbol of how we want our railway bridges to be more sympathetic to the local community and be more usable by the local community," said Cllr Barrie Hargrove, Southwark Council's cabinet member for environment and transport.

"The route through Abbey Street should really contribute to the movement patterns within the regeneration area and connect it to the wider community.

"Previously the poor environmental conditions meant that the route was not well-used by pedestrians due to its general state of neglect and poor lighting.

"The tunnels had become an unattractive barrier to the continued process of regeneration of Bermondsey Spa."

He added: "This grade II listed bridge is one of two surviving bridges which supported London's first passenger railway line, the other being Spa Road which was refurbished in 2010."

A plaque has been installed recording the role of Colonel George Thomas Landmann in designing the bridge for the London & Greenwich Railway. It was completed in 1836.

In her speech Cllr Fiona Colley, cabinet member for regeneration, spoke about the bridge project in the context of other initiatives in Bermondsey. She paid tribute to businesses such as Monmouth Coffee and Neal's Yard Dairy who have created a new centre of food production in railway arches in the area.

Sir William McAlpine, chairman of the Railway Heritage Trust, said that the Abbey Street project took the total funding awarded by the trust over 28 years to Ł44.7 million.

He said that he took particular pleasure in unveiling the plaque because he has in his personal collection Colonel Landmann's original director's pass for the London & Greenwich Railway.