Remembrance Sunday was observed at war memorials around SE1. 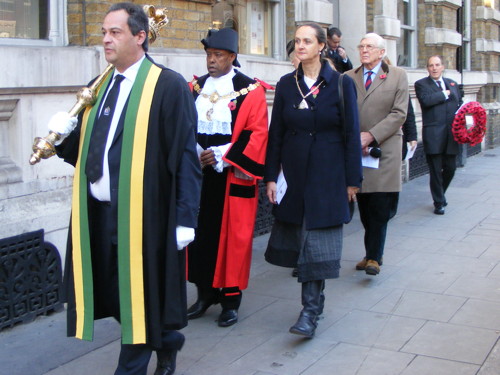 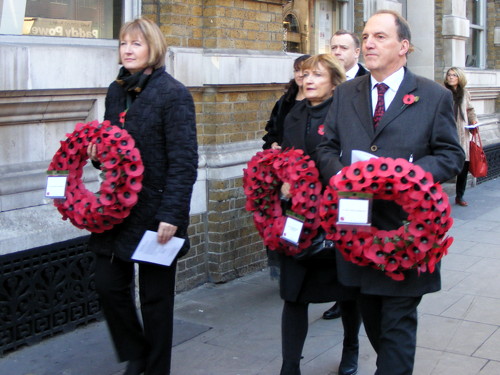 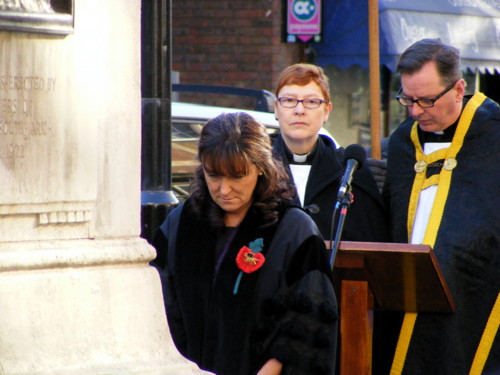 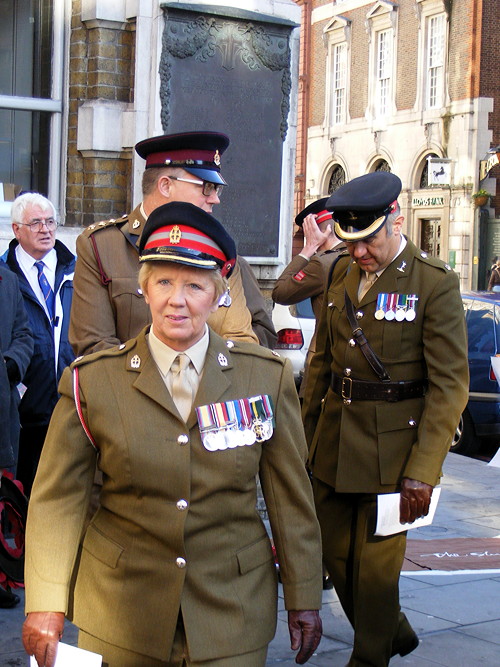 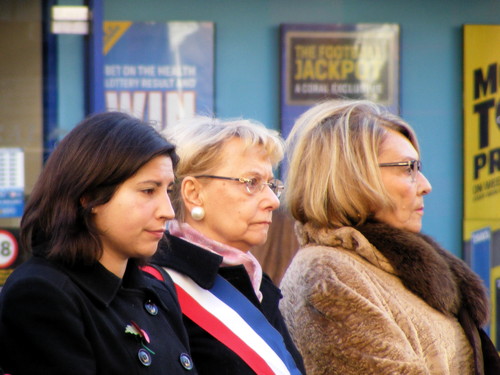 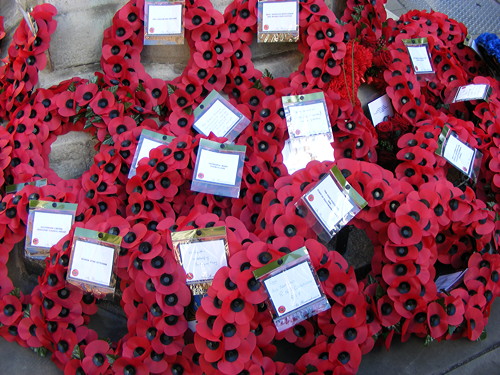 The Mayor of Southwark, Cllr Abdul Mohamed, at the Soviet War Memorial 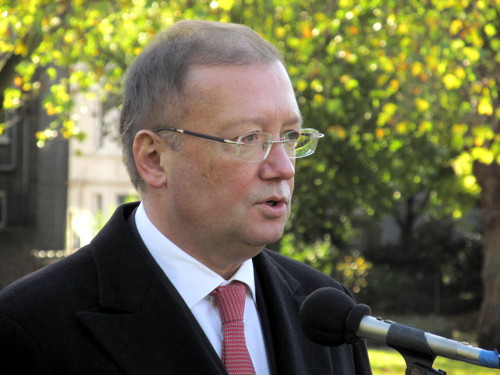 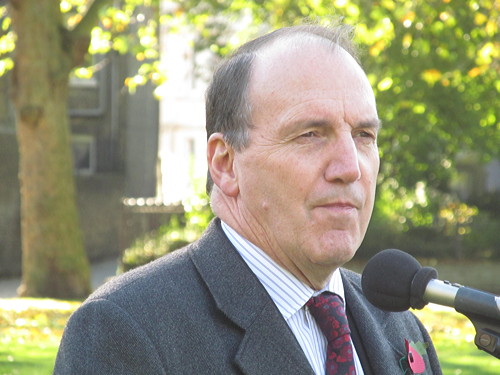 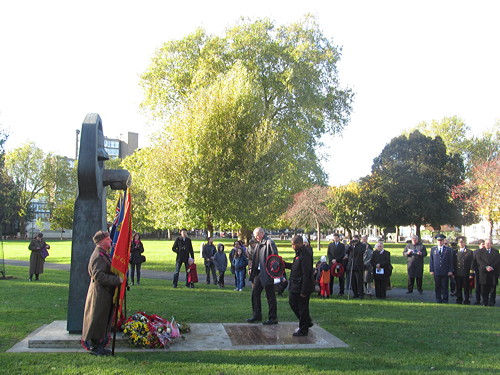 The Mayor of Southwark and civic leaders joined Borough residents on Sunday morning for the annual commemoration at the Borough High Street war memorial.

The war memorial in Walworth Road is usually the focus of Southwark's civic observance on Remembrance Sunday but the major fire at the former town hall meant that the event could not be held there this year.

Instead the Mayor, MPs and councillors gathered in Borough High Street where the usual local act of remembrance took on a larger scale

The Borough War Memorial is located outside the Slug & Lettuce which stands on the site of a former Southwark town hall.

At 10.55am the civic party, preceded by the mace bearer, walked in procession from the Slug & Lettuce to form up on the the eastern side of the war memorial outside.

The 25 minute open-air service was led by Fr Christopher Pearson, parish priest of the Roman Catholic Church of the Precious Blood and Canon Gilly Myers, precentor of Southwark Cathedral. St George the Martyr Church was represented by Revd David Pape.

At 11am the sound of cannon fire was relayed live from Horse Guards Parade to signify the start of the two minute silence. The quiet was only broken by the yelp of a dog and the footsteps of a young lady determined to continue walking through the crowd and along the street.

Also present was a representative of Southwark's twin town Clichy near Paris.

The on-duty watch from Southwark Fire Station, which is due to close in the New Year, attended the ceremony. Wreaths were laid by senior police and fire officers.

At the close of the ceremony Cllr Denise Capstick, who serves as a major in the Territorial Army, read the Kohima Declaration: "When you go home, tell them of us and say/'For your tomorrow, we gave our today'."

"We had hoped that the restoration of the memorial, which has been allocated Cleaner Greener Safer funding by Borough and Bankside councillors, would be completed by now," said Cllr Adele Morris.

"Unfortunately, it has taken a long time to get all the details signed off by English Heritage and so the restoration will take place soon after the service.

"The bayonet, which people may have noticed is missing, is with the council and will be re-attached as part of that work."

Later the Mayor of Southwark welcomed guests to the annual Remembrance Sunday ceremony at the Soviet War Memorial in Geraldine Mary Harmsworth Park.

Wreaths were laid by the Mayor, the Russian ambassador, Simon Hughes MP and representatives of the embassies of former Soviet republics. The London Nautical School and the Guildable Manor of Southwark also took part in the ceremony.

Another ceremony took place at St George's Cathedral where wreaths were laid by Southwark councillors Kevin Aherne (Labour) and Tim McNally (Lib Dem). At St John's Waterloo a wreath was laid on behalf of the Mayor of Lambeth.

During the Choral Eucharist at Southwark Cathedral the standards of the Southwark Volunteer Police Cadets and the Royal British Legion were presented.