Bermondsey and Old Southwark Liberal Democrat MP Simon Hughes has been appointed to the Government as minister of state at the Department for Justice. 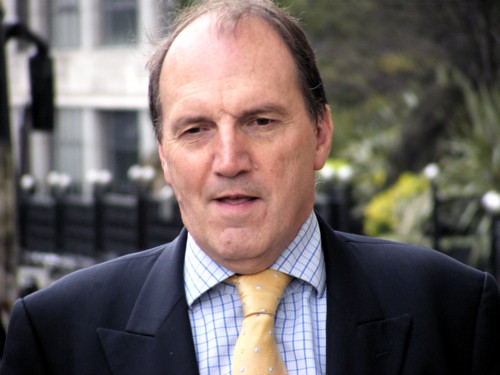 "It is a privilege and a huge responsibility to be appointed to this important job in Government," said Simon Hughes, who this year celebrated the 30th anniversary of his election to Parliament.

"I hope that my experience, training and work on human rights from my time at university and in the Council of Europe in Strasbourg, as a practising barrister for several years before I was elected to the Commons, and over all my time as a Member of Parliament, will stand me in good stead for this job.

"Lord McNally will be a hard act to follow, but I will try and build on his significant achievements and wish him the very best in his important new role.

"I look forward to working in the Ministry of Justice and to contributing energetically to progressive and successful decisions and policies for the fairer and safer society which every Liberal Democrat wants to achieve."

Although he is deputy leader of his party in the House of Commons, Mr Hughes has remained outside the Government since the formation of the coalition in 2010.

"Simon will now be able to use his talents inside the Coalition, helping the Liberal Democrats to anchor the Government in the centre ground and helping us to build a stronger economy and a fairer society, enabling everyone to get on in life."

Hughes will step down as deputy leader of the Lib Dems in the House of Commons but will stay in post until a successor is elected.

Cllr Neil Coyle, Labour's prospective parliamentary candidate for Bermondsey & Old Southwark, said: "Taking a job in a Tory-led government will surprise many of the people who used to support Hughes.

"But he has voted obediently for Cameron and Clegg since 2010, backing the bedroom tax and damaging NHS reorganisation so a ministerial salary seems almost logical despite Hughes saying not long ago that he would not take a ministerial role.

"Come 2015 people will ask themselves if they want a Tory or Labour government. Hughes has made it even clearer that he'll work for the Tories."