Transport for London will this month hold a public consultation on plans for new pedestrian crossings and cycle routes at the junction of Tower Bridge Road and Abbey Street. 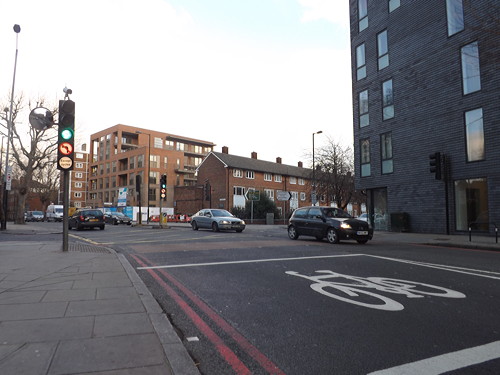 After more than three years of controversy, TfL has published plans for new pedestrian crossings on the northern and western arms of the junction.

However, TfL says that providing a pedestrian phase on the traffic lights on all four sides of the crossroads would have an unacceptable impact on road traffic and create tailbacks.

The campaign for safety improvements at the junction was brought into focus by the death of cyclist Ellie Carey in December 2011.

A year later some changes were made to the junction but TfL promised a further consultation on wider changes – scheduled for early 2013 – which is finally getting under way in the first days of 2014.

Under the proposals, traffic would be banned from turning left from the western section of Abbey Street into Tower Bridge Road.

Cyclists would be encouraged to use a new cycle route through St Mary Magdalen Churchyard.

Other changes include reducing Tower Bridge Road to a single lane for southbound motor traffic at the junction, with a wider cycle lane provided.

Public consultation begins on Monday 6 January and runs until Friday 14 February. TfL says that work at the junction will begin in the summer.

What do you think of the proposals?