The owners of the London Eye and London Dungeon are planning to open a new visitor attraction at County Hall. 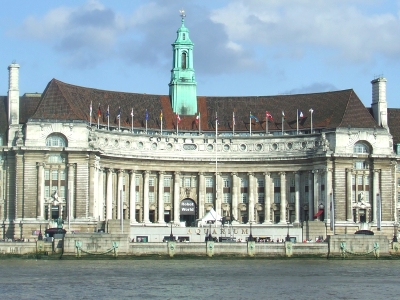 Merlin Entertainments has submitted a planning application to Lambeth Council to convert part of County Hall into a new visitor attraction.

The new venue would occupy some of the space until recently used by the London Film Museum which closed its South Bank branch just before Christmas.

The London Film Museum was opened in 2008 as the 'Movieum of London' by Jonathan Sands. It closed its doors at County Hall on 16 December, but the museum's Covent Garden site remains open.

Merlin already operates the London Eye and the Sea Life London Aquarium at County Hall, with the London Dungeon also moving into the building last year.

The name and nature of the new attraction – which could open to the public in 2015 – have not been disclosed in the planning application documents for reasons of "commercial confidentiality".

However, a letter to Lambeth Council from Iain Rhind of planning agents Nathaniel Lichfield & Partners reveals that the proposed attraction "will be the first of its kind worldwide and will complement and enhance the existing attractions at County Hall".

Documents submitted with the planning application show that the new attraction is expected to draw 600,000-700,000 visitors a year, with a capacity of 400 visitors an hour based on groups of 40 visitors entering the tour every six minutes.

The tour will include 10 shows/rooms each lasting approximately six minutes, including a simulator ride in the Rotunda space.