A residents' group campaigning against the development of tall buildings in the southern half of Blackfriars Road says it could mount a legal challenge to Southwark Council's new planning guidance document. 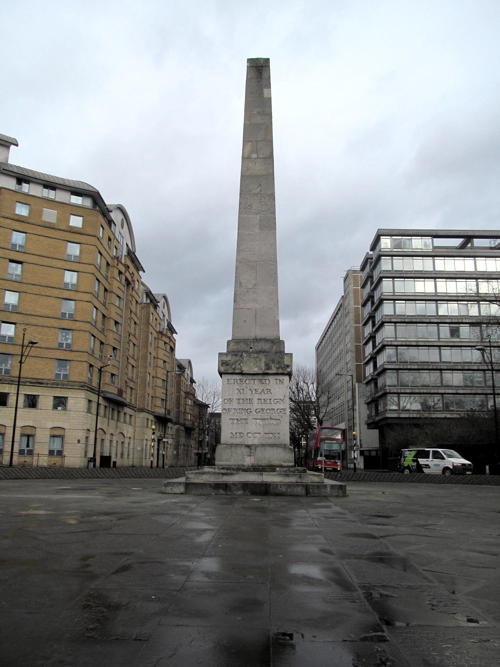 Tony Linforth-Hall, chair of the Albert Association, told a Southwark Council overview and scrutiny committee meeting this week that the organisation had received legal advice that it has an "excellent chance of winning" if it initiates judicial review proceedings over the new Blackfriars Road supplementary planning document (SPD).

The new SPD was approved by Southwark's Labour cabinet last month but the decision was 'called in' by opposition Liberal Democrat councillors for consideration by a cross-party committee.

The main issue is the inclusion of a reference in the SPD to the possible development of a tall building of up to 70 metres in height at the southern end of Blackfriars Road.

Lib Dem councillors and some local residents consider that this flies in the face of existing Southwark borough planning policy documents which lists a limited number of areas as suitable for tall buildings, including the northern end of Blackfriars Road, Elephant & Castle and London Bridge Station.

"We find the idea of a tower block in the south of Blackfriars Road objectionable," said Mr Linforth-Hall.

He told the meeting: "What they are seeking to do to our neighbourhood and our community is not in our interest."

Cllr Fiona Colley, cabinet member for regeneration, said that she and her officers had given "careful consideration" to the objections raised by local residents and had made some changes to the text of the document.

She explained that large-scale development would happen along Blackfriars Road regardless of whether the council had formulated any guidance, and the SPD's joined-up approach provided an opportunity to ensure that local people get "the best possible deal".

The scrutiny committee was also asked to grapple with the question of how much weight the new SPD would be given when individual planning applications are decided.

Council officers insist that the SPD does not constitute a policy document and is intended to provide guidance rather than making new policy.

"If it didn't carry any weight there wouldn't be any point in having it," said Lib Dem councillor David Hubber.

A motion tabled by Cathedrals ward councillor Geoffrey Thornton calling on the cabinet to reconsider the SPD was defeated by six votes to four.