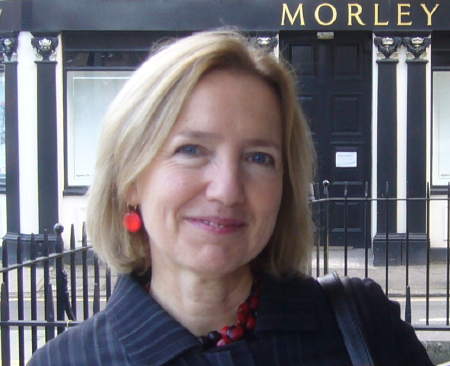 Piotrowska joined Morley College in 2008 and was awarded the OBE for services to further and adult education in the new year's honours list.

"During the past five years the current Principal, Ela Piotrowska, has led the college through a renaissance, creating a successful and ambitious learning community, characterised by growth and innovation, and playing a central role in the educational, cultural and economic life of its communities," said chair of governors John Stephens.

"The principal has announced her intention to retire and we are now seeking to appoint an inspirational leader who is able to take the college forward on the next phase of its journey and to strengthen its position in the challenging and changing landscape of education."

The college recently warned that it faces cuts in its funding from central Government as well as bureaucratic changes to the structure of its courses to meet new guidelines.

In a statement published on its website last month, it said: "Every spring the college receives news on how much funding we will receive from the Government to support our courses in the next academic year.

"For the last five years, the threat of cuts to adult education have provided a backdrop for the sector and although Morley has been fortunate, in that no significant cuts have been applied, we have had to work very hard to manage the changes in how and for what the funding is allocated.

"Unfortunately, the next few years will be significantly harder to manage.

"Cuts to our funding have now been announced despite the public value of our work and the fact that we continue to provide excellent value both to our funders and for our students."

The statement continued: "This has resulted in us having to change the structure to some of our courses in order for us to meet the 'rules' on how the Government will allocate funding.

"So you may see some courses split to appear as two six week blocks, as opposed to our traditional twelve week courses. Students will need to enrol on both blocks of study each term."

The college has also warned that it will be forced to increase the fees it charges to students.

• Applications for the post of principal close on 16 June. Interviews will be held in July.