Cllr Sunil Chopra was elected as Mayor of Southwark on Saturday at the borough's annual mayor-making ceremony, held this year at Southwark Cathedral for the first time. 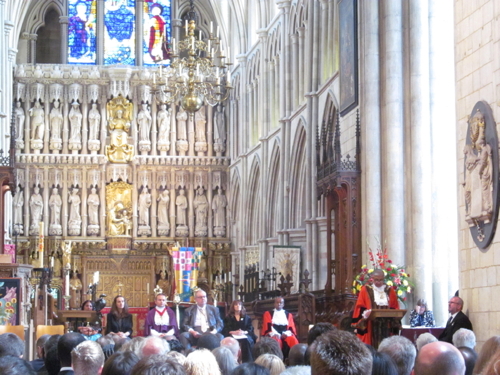 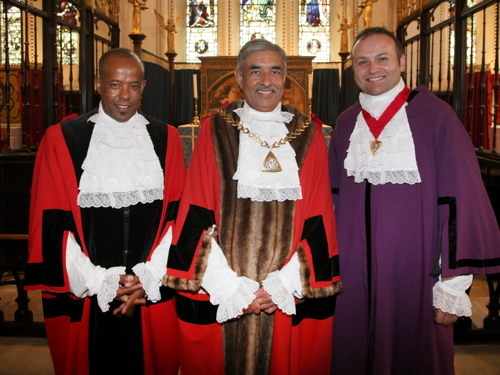 Sunil Chopra has been a Labour councillor for Nunhead ward since 2010 and runs a small business in Rye Lane. He is the borough's first councillor of Indian origin and is president of the Southwark Hindu Centre.

Cllr Chopra announced that his charity appeal during his mayoral year will support The Robes Project winter night shelter for homeless people and the UK Homes for Heroes charity founded by Jimmy Jukes, Pearly King of Camberwell & Bermondsey.

"I appeal to you to support my fundraising activities over the coming year for these two most deserving causes that are doing such excellent work in Southwark and beyond," said Cllr Chopra.

Lib Dem leader Anood Al-Samerai has called for the mayoralty to be rotated between the political parties represented on Southwark Council rather than being an appointment held by a member of the largest group.

Labour councillor Neil Coyle of Newington ward will serve as deputy mayor for the next year.

Cllr Coyle is Labour's prospective parliamentary candidate for Bermondsey & Old Southwark in the general election next May and it is unusual for someone in such a high-profile party-political role to hold civic office at the same time.

Cllr Chopra succeeds Abdul Mohamed, mayor for the past year. His recent mayoral ball at Shakespeare's Globe raised around £8,000 for the Evelina London Children's Hospital.