Windrush monument to be built at Waterloo Station

Waterloo Station has been confirmed as the location for a permanent monument to honour immigrants to the UK from the Windrush generation, the Prime Minister has announced. 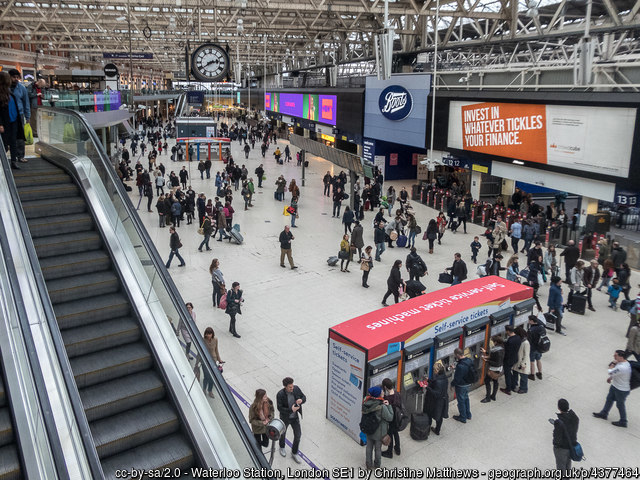 Empire Windrush brought more than 1,000 passengers on a voyage from Jamaica to London in 1948. Those who travelled on that voyage included Sam King, who later became Mayor of Southwark.

Although Empire Windrush's famous 1948 voyage ended in Tilbury, Waterloo was chosen because many immigrants arrived at Southampton Docks and travelled by train to Waterloo.

The station was chosen from a list of potential sites by the Windrush Commemoration Committee, established a year ago by Prime Minister Theresa May in the wake of the scandal over the Home Office's treatment of so many from the Windrush Generation.

The memorial will receive up to Ł1 million funding from the Ministry of Housing, Communities and Local Government.

Theresa May said: "The Windrush generation helped lay the foundations for the country we know today, which is richer and stronger as a result of their hard work and dedication to the UK.

"This monument will be seen by thousands of people from all around the world who pass through this station each year, and will be a lasting legacy to the tremendous contribution the Windrush Generation and their children have made to our great country."

Baroness Benjamin, chair of the Windrush Commemoration Committee, said: "Having a Windrush monument located at Waterloo Station where thousands of Windrush pioneers – including children like myself – first arrived in London, will be a symbolic link to our past as we celebrate our future.

"The committee is determined to build a monument of great beauty and emotional impact which will lift the hearts of those who visit when it's unveiled. I hope it will inspire pride and a sense of belonging to all those associated with the Windrush story."