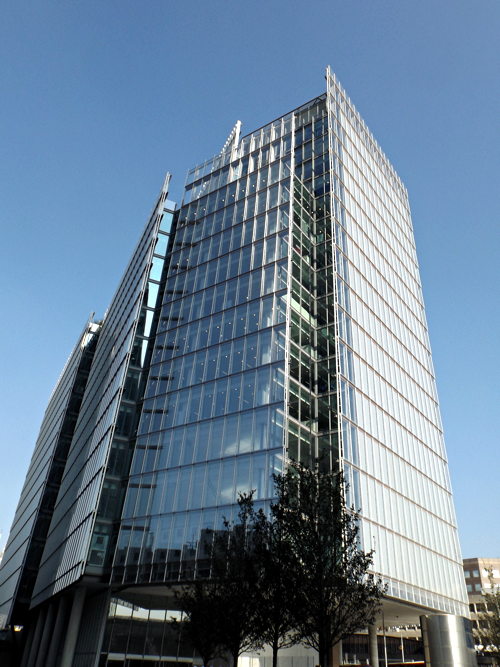 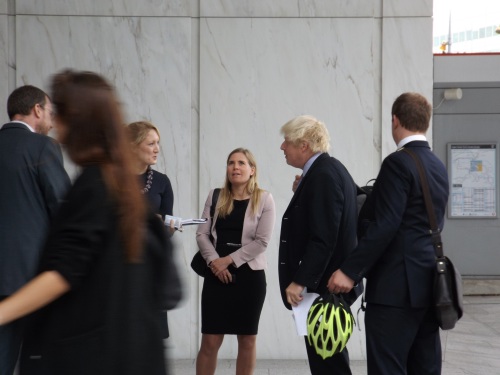 Mayor of London Boris Johnson arriving at the News Building

The ceremony on Tuesday marked the completion of the move by News UK titles The Times, The Sunday Times and The Sun from downstream Wapping across the river.

Last weekend saw the arrival of The Times Literary Supplement.

Around 2,400 employees now occupy the building in London Bridge Street and a further 1,000 from Dow Jones and HarperCollins will be arriving over coming months.

The Mayor, who described the building as "nestled next to the giant cosmic spear that is The Shard", was welcomed by executive chairman Rupert Murdoch, CEO Robert Thomson and News UK CEO Mike Darcey.

"Our journalism sets the agenda and sets the standards and in this home I am confident we will secure its future for generations."

Earlier, as part of its commitment to be a good neighbour in the community, News UK donated 88 Nexus and iPad tablets to Southwark's public libraries.

Speaking to London SE1 website after the presentation, Mike Darcey said that the move had been "an incredible experience".

He added: "It does slightly feel like a new beginning."