The Sun urges readers to vote for Simon Hughes

Britain's best-selling newspaper has urged its readers to vote for Simon Hughes in Bermondsey & Old Southwark at Thursday's general election. 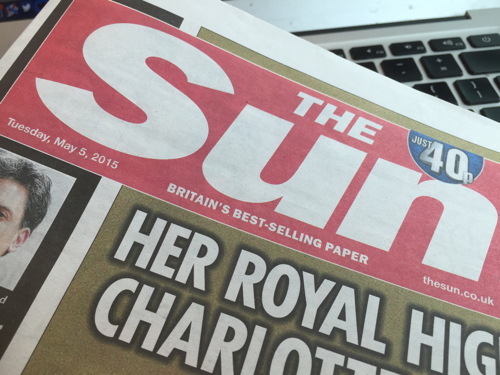 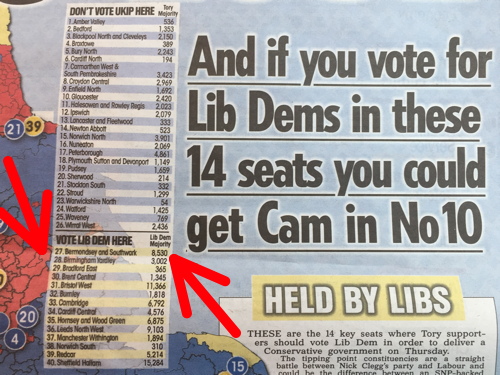 On Tuesday the tabloid published a list of 14 constituencies – headed by Bermondsey & Old Southwark – where it said readers should vote Liberal Democrat to keep Labour out of government and David Cameron in Downing Street.

In an editorial column, the paper said readers should "hold your nose and vote Tory on Thursday" in Labour/Conservative marginals.

It added: "We have a similar message for Tories in 14 unwinnable seats where only the Lib Dems can beat Labour: Give the Lib Dems your vote this time".

The Sun has its offices in the Bermondsey & Old Southwark constituency at The News Building next to the Shard.

Simon Hughes has had an uneasy relationship with the Murdoch-owned papers; his voicemail was intercepted by the News of the World and in 2011 he described News Corp as a "disreputable" company when it was seeking to take full control of BSkyB.

More recently Hughes has taken part in News UK's News Academy initiative to encourage young people to get into journalism.

The Financial Times – based at Southwark Bridge – has also urged its readers to vote Lib Dem.

"In seats where the Lib Dems are the incumbent or the main challenger, we would vote tactically for them," said the paper in a recent editorial.

The Evening Standard on Tuesday gave a strong endorsement to the Conservatives but noted that "in some seats there may be good tactical reasons to vote Liberal Democrat".