In a surprise announcement on Thursday the Southbank Centre said that an agreement had been reached securing the Queen Elizabeth Hall undercroft as the long-term home of skateboarding. 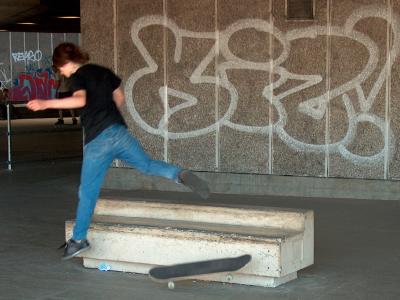 Southbank Centre had argued that it needed to create new shops and restaurants in the undercroft to generate income. A new space for skateboarding had been planned underneath Hungerford Bridge.

The agreement has been formalised in a binding planning agreement with Lambeth Council which is endorsed by Long Live Southbank which was formed to save the skateboarding site.

Both sides have withdrawn legal actions concerning attempts to have the site registered as a village green and an asset of community value.

Mayor of London Boris Johnson came out in favour of the skateboarders' demands in January.

The sudden change of heart means that plans for the Festival Wing redevelopment will have to be revised.

"I'm pleased that Lambeth Council was able to work with both sides and find an imaginative solution to resolve this," said council leader Lib Peck.

"Shared public space in London is precious and Southbank Centre is a great asset to the country's cultural life. This agreement is a sensible way of protecting both and we can all now look forward."