The City of London's new Lord Mayor Alan Yarrow travelled down the River Thames on board the Queen's Rowbarge Gloriana on Saturday morning as the start of a day of festivities in the Square Mile. 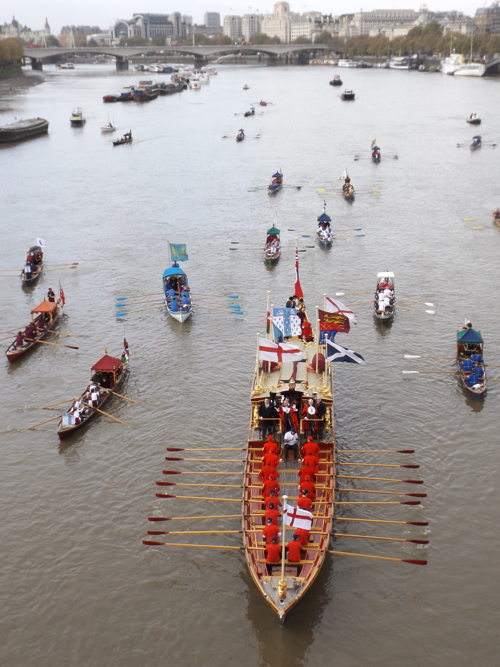 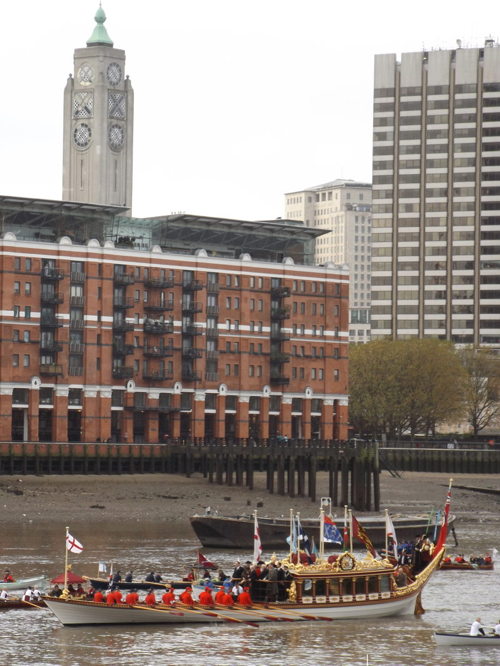 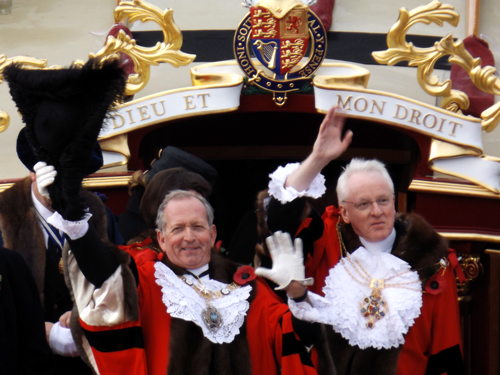 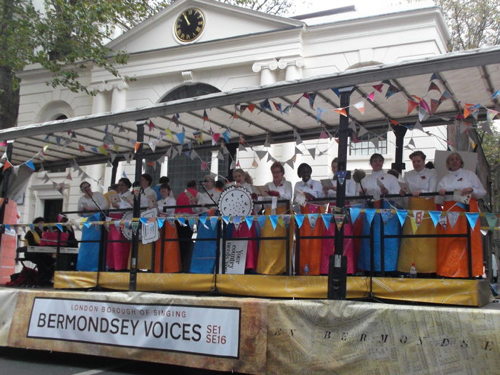 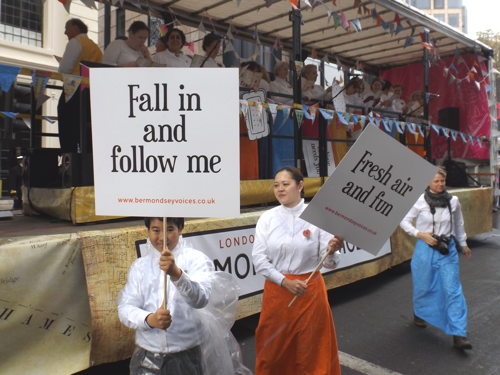 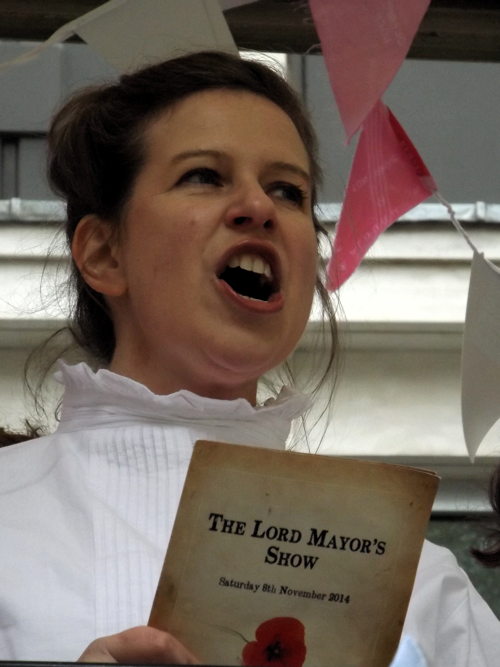 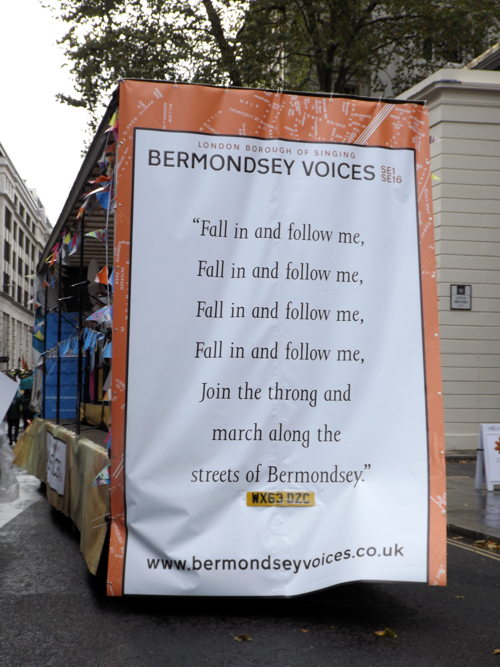 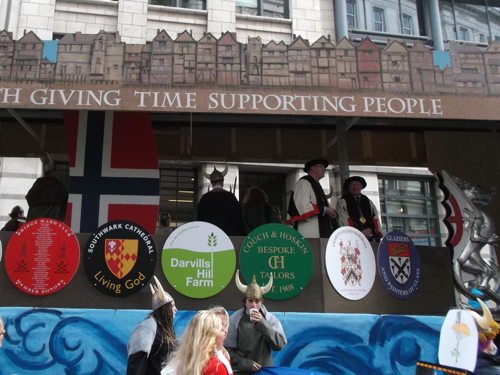 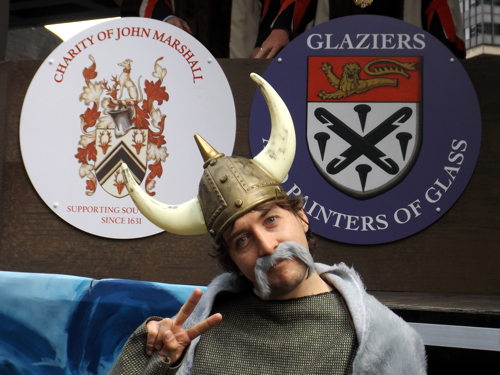 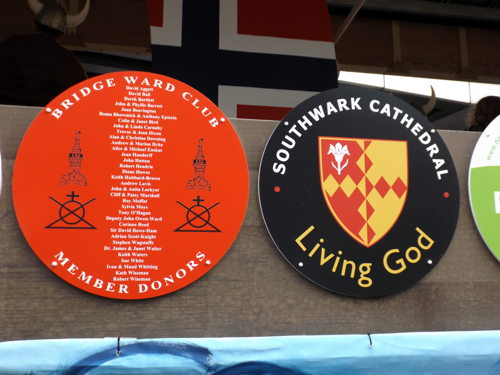 Tower Bridge was raised in salute to the new Lord Mayor as the flotilla made its way from Westminster Boating Base to HMS President in Wapping.

Later the Lord Mayor took part in the the usual procession through the City's streets.

Each year the City of London Corporation offers funding to community groups in the Square Mile's neighbouring boroughs to enable them to take part in the show.

This year Bermondsey Voices was the recipient of a Ł15,000 grant and the community choir sang specially written songs about Bermondsey local history from their float in the procession.

The choir sang about local characters including Ada Salter and Albert McKenzie VC.

The new Lord Mayor is president of the Bridge Ward Club and so the club entered a float into the procession to celebrate the start of his mayoral year.

The float featured a Viking boat underneath a representation of Old London Bridge as a nod to the historic links between Britain and Norway, including Olav's destruction of the bridge one thousand years ago.

The Viking boat was lined with shields bearing the logos of a number of organisations linked to the Bridge Ward Club. Southwark Cathedral's logo was included on a shield as a result of a donation by a member of the club.

The Lord Mayor's Show ended with a large-scale fireworks display on the Thames between Blackfriars Bridge and Waterloo Bridge.