There will be no fireworks display over the River Thames on the day of the Lord Mayor's Show after the City of London Police raised strong concerns over public safety. 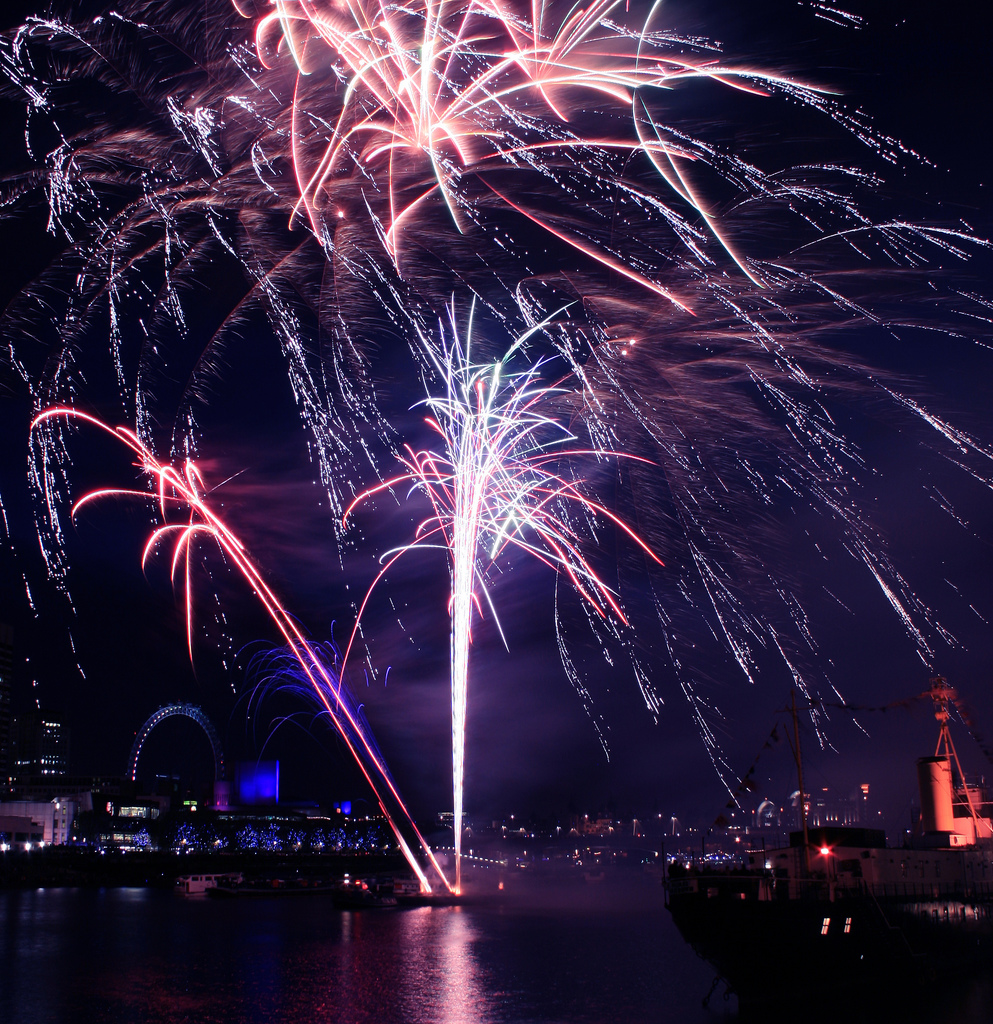 Photo by ajps2 used under a Creative Commons licence

Last month we reported that elected members of the City of London Corporation's policy & resources committee had pushed back a proposal from officials to axe the fireworks display.

However – after a lively and at times ill-tempered debate at last week's meeting – the display has now been definitively dropped from the lineup for this year's Lord Mayor's Show.

City officials have instead been tasked with examining whether arrangements to hold the fireworks display can be made for November 2019.

The fireworks display is usually launched from a barge moored between Blackfriars Bridge and Waterloo Bridge after 5pm on the Saturday of the Lord Mayor's Show in the Square Mile, held annually in November.

Thousands of people line the South Bank, the Victoria Embankment and the Two Bridges to enjoy what – since ticketing was introduced for the New Year's Eve event – has become the only free fireworks display on the Thames in central London.

Chief Inspector Rob Wright of the City of London Police came to Guildhall last Thursday to tell members of the Square Mile authority that his superior officer Chief Superintendent David Lawes had "very serious concerns and reservations" about the fireworks display on the grounds of crowd safety.

He explained that the threat level from terrorism is severe – meaning that an attack is highly likely – and that the barriers necessary to protect a large crowd from an attack by a lorry or car would themselves pose a hazard to the safe dispersal of crowds.

"Should there be an attack, it would cause panic," he said, noting that hostile vehicle mitigation (HVM) barriers would "hinder the egress of the people".

Chief Inspector Wright warned members of the City Corporation that Chief Superintendent Lawes had formally logged his advice to the Square Mile's local authority so that it was a matter of record in the case of an incident.

The policy and resources committee heard that Transport for London and the City of Westminster had already complained about the length and extent of the road closures for the fireworks.

Committee members were warned by Guildhall officials that to host a safe event then road closures akin to those imposed for the New Year's Eve fireworks – "from Trafalgar Square to Holborn to Bank" – might be required.

Several members took exception to the pressure being applied on them.

"This is terrorism stopping us living our normal way of life," said Graham Packman.

He added: "Even if we do not put on a fireworks display this year, I would urge that we find a way of continuing it in future years."

Other members took a stronger line: "I do not like being threatened by police officers," said Edward Lord, who complained that Chief Inspector Wright's contribution to the meeting was "entirely inappropriate".

"It's really not appropriate to be told that we are at risk of prosecution for corporate manslaughter, which effectively is what the chief inspector said."

He also criticised Guildhall officials: "We expect officers to go away and come back with solutions, not simply further problems," he said.

Other members took the view that on the basis of the police advice they were left with no alternative than to abandon this year's display, although there was a consensus in favour of making efforts to hold the event in future.