No takers for riverside ‘cultural space’ next to Tower Bridge

After more than a decade, Berkeley Homes has failed to find a tenant for the cultural space in its One Tower Bridge development alongside Potters Fields Park. 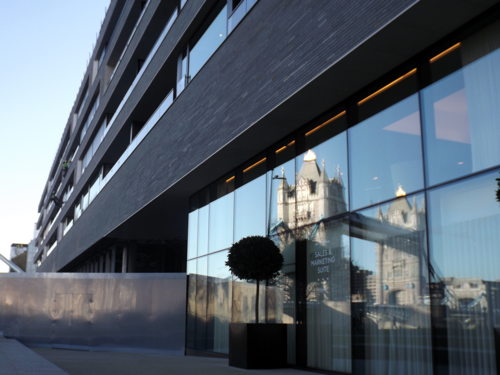 The prospect of a significant new arts venue on the former Potters Fields coach park site has been a key part of the redevelopment plan for the site for more than ten years and has been enshrined in Southwark planning policy since 2004.

The idea was personally championed by former Southwark Council leader Nick Stanton who said in 2008 that "it is very important to the council that this site becomes a go-to cultural attraction in its own right, not simply a commercial tourist attraction on the Thames".

Organisations which expressed an interested in the space included theatre company Shunt, the British Empire & Commonwealth Museum and the International Sports Experience.

Efforts to find a cultural tenant were led by the council until 2011 when responsibility passed to Berkeley Homes.

A proposal for an interactive model of the city – known as Little London – was picked as 'preferred candidate' by Berkeley Homes but it failed to meet its funding targets and its exclusivity period expired at the end of December 2013.

Now Berkeley has applied to Southwark Council (14/AP/4538) to cut the cultural venue to 2,650 square metres, with the rest of space reallocated to commercial use.

In a letter to council planners, Alex Jones of planning consultants Barton Willmore said: "The cultural floorspace has been marketed since 2003 without success.

"Feedback from the most recent procurement process undertaken by Fourth Street in 2012, and their ongoing analysis of the market, has indicated that there would be increased interest from potential tenants for a smaller cultural space of approximately 2,000 square metres".

In its application to the council, Berkeley argues that the fit-out of the cultural space needs to begin in spring 2015 before residents move in to the flats above.