Havengore returns to route of Churchill funeral flotilla 50 years on

Tower Bridge was raised in salute on Friday lunchtime as the vessel that carried the coffin of Sir Winston Churchill along the Thames in 1965 made the same journey 50 years later. 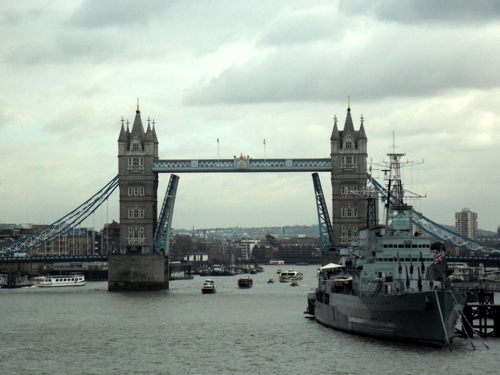 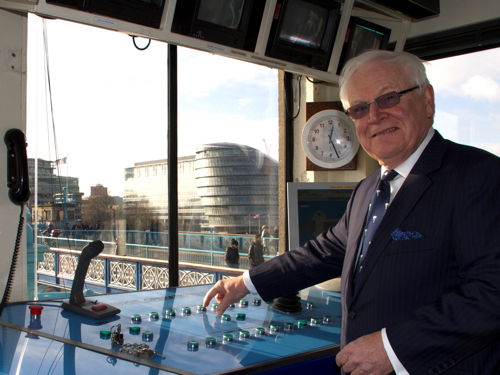 Rodney Croft at the controls of Tower Bridge (photo: City of London Corporation) 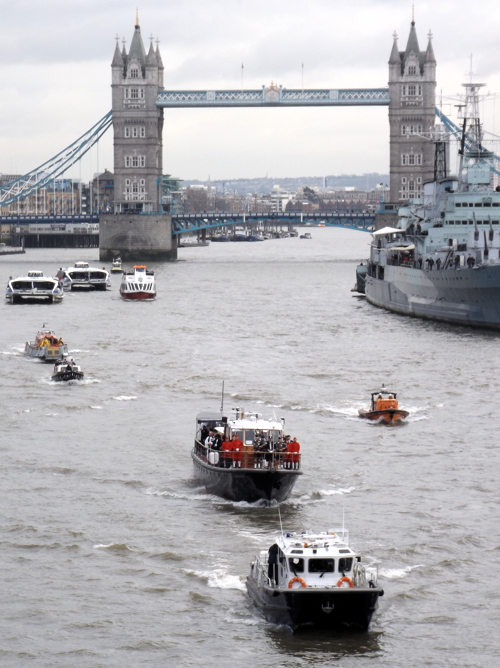 Havengore was accompanied by RNLI, police and fire vessels 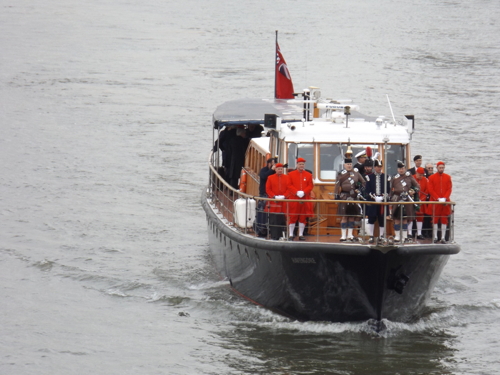 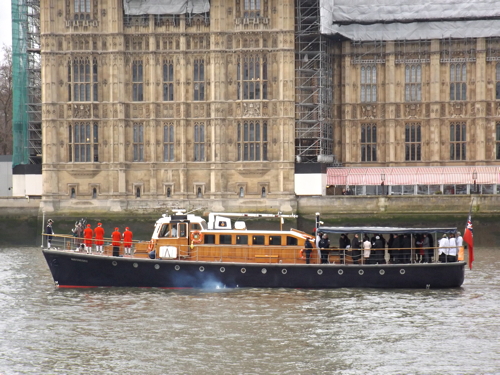 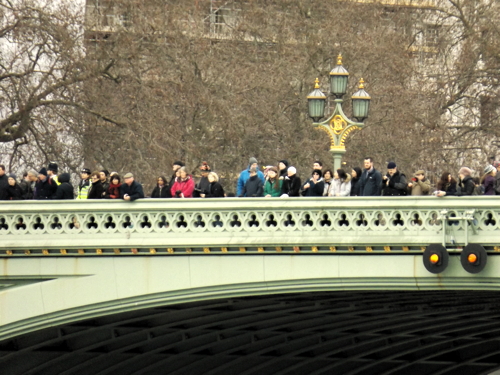 Spectators gathered on bridges and both riverbanks to watch the MV Havengore make its way upstream from Tower Bridge.

Tower Bridge was raised by Rodney Croft, a retired surgeon and author of Churchill's Final Farewell: The State and Private Funeral of Winston Churchill.

The 1965 journey ended at Festival Pier where Churchill's coffin was taken to Waterloo Station to be loaded on a train to Oxfordshire.

This year the flotilla continued past Westminster Bridge to the Houses of Parliament where a memorial service was held on the deck of the Havengore before a wreath was placed on the river.

• The original BBC television coverage of Churchill's funeral and the coffin's journey from St Paul's Cathedral to Waterloo Station is available on iPlayer for 30 days.