Hundreds of people packed into St George's Cathedral on Bank Holiday Monday for the annual Roman Catholic Mass for Migrants in Greater London. 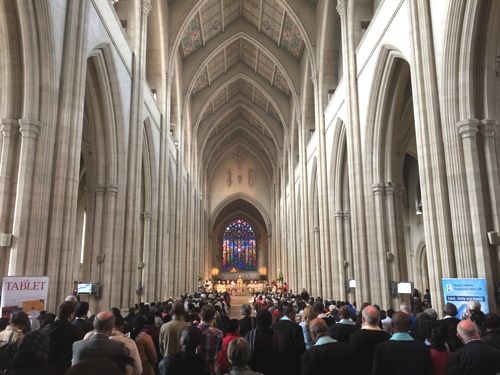 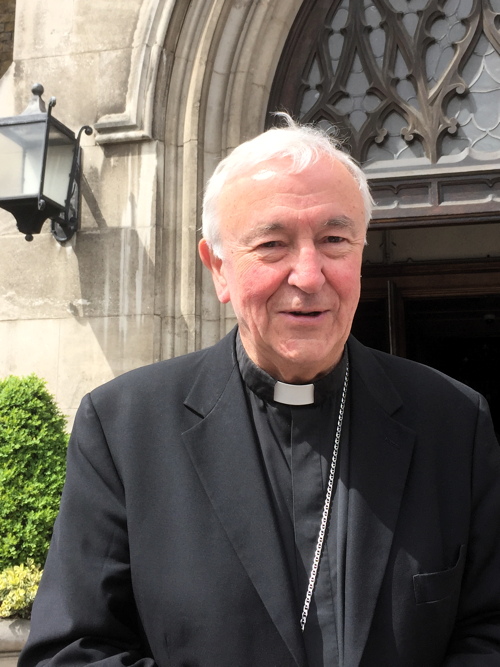 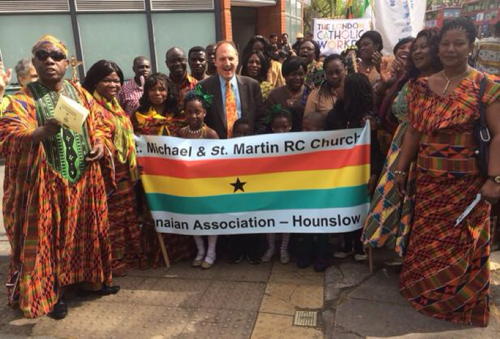 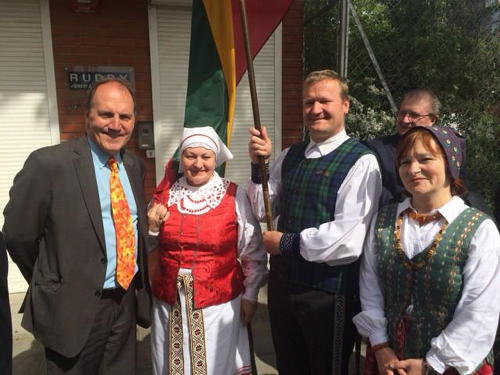 Members of the many ethnic minority chaplaincies supported by the Catholic church in London converged on Southwark for a lively and joyful occasion.

The principal celebrant was the Archbishop of Southwark, Most Revd Peter Smith, along with Cardinal Vincent Nichols, Archbishop of Westminster, and Bishop Alan Williams of Brentwood.

Welcoming the congregation, Archbishop Smith described the Mass as "a joint venture of prayerful support for migrants in our city".

Music at the Mass included hymns and songs from Cameroon, the USA, Australia, Slovakia, China and Uganda.

Intercessions were led by pupils from Notre Dame RC Girls' School in seven languages, including Tamil, Tagalog and Yoruba.

The Mass was attended by borough mayors from around the capital, including Mayor of Southwark Cllr Sunil Chopra.

The ambassadors of Ethiopia and Lithuania were among a number of diplomatic representatives at the cathedral.

Justice minister Simon Hughes was in the congregation along with Cathedrals ward councillor Maria Linforth-Hall.

In his homily, Archbishop Smith quoted Pope Francis who has called for countries to adopt a "generous openness" to migrants.

The Mass for Migrants has been celebrated every May Bank Holiday since 2006 when it was introduced by the then Archbishop of Westminster, Cardinal Cormac Murphy O'Connor, at the suggestion of the London Citizens campaign group.

The Mass takes place on the nearest Monday to 1 May, the feast of St Joseph the worker.

Now Citizens UK is highlighting the plight of the thousands of people detained in the UK in prison-like conditions while their immigration cases are assessed. The campaign group is calling for a time limit to be set so that people are not locked up without trial and without a known release date.

Simon Hughes, Liberal Democrat candidate for Bermondsey and Old Southwark, said: "There is no clearer evidence of the diversity and strength of our London communities than the annual Mass for Migrants which was held this year again at St George's Cathedral.

"I am so proud to have had the privilege of representing so many people from different parts of the world over many years as MP, and hope that I will be able to continue to do so."