Ark Globe Academy hosted its first 'Communi-tea' this week when elderly members of the local community were invited to join students at the school for afternoon tea. 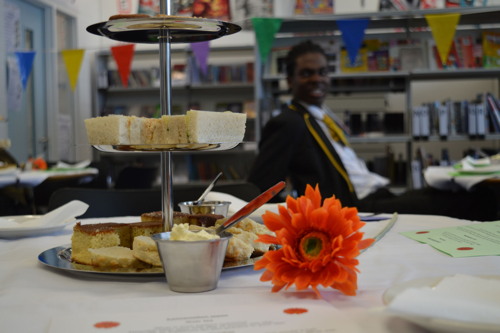 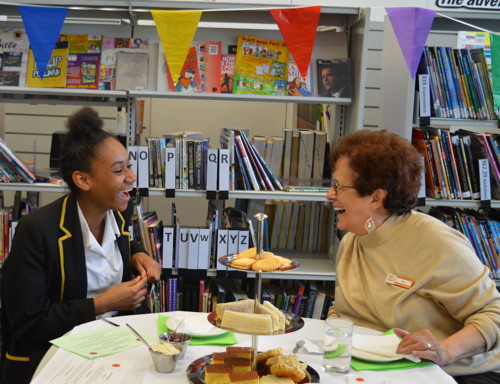 Residents from the Tower Bridge Care Home, members of the Black Elderly Group Southwark and Trinity Social Club came to share their stories and talk about local history with the students.

The 'Communi-tea' initiative has been set up by students at Ark Globe Academy to help combat the isolation that older people can feel.

The students were prompted to act by the knowledge that loneliness and isolation have been found to be triggers of poor physical and mental health, especially in the elderly.

During the afternoon guests were entertained by the singing of year 9 music students Camilla and Lilla, with one guest saying it was 'much better than anything she had heard on Britain's Got Talent'.

Students also served tea and scones, played board games and chatted about their guests' favourite memories, what school used to be like and what they would ask the Prime Minister if they had the chance.

Year 9 student Sarah said: "It took me a little while to come out of my shell, but I learnt a lot once I did and found it really interesting. I'd definitely like to do something like this again."

Principal Matt Jones added: "It was fantastic to see so many of our student leaders engaging with the residents of their local community. They gained a great deal from sharing their experiences, listening to the history of their area and discussing common interests with their guests."

Other community projects at Ark Globe Academy include a new partnership with Southwark Foodbank.