The number of HGVs has dropped, air quality has improved and the street is more popular with cyclists since an experimental width restriction was introduced on Harper Road and Bath Terrace. 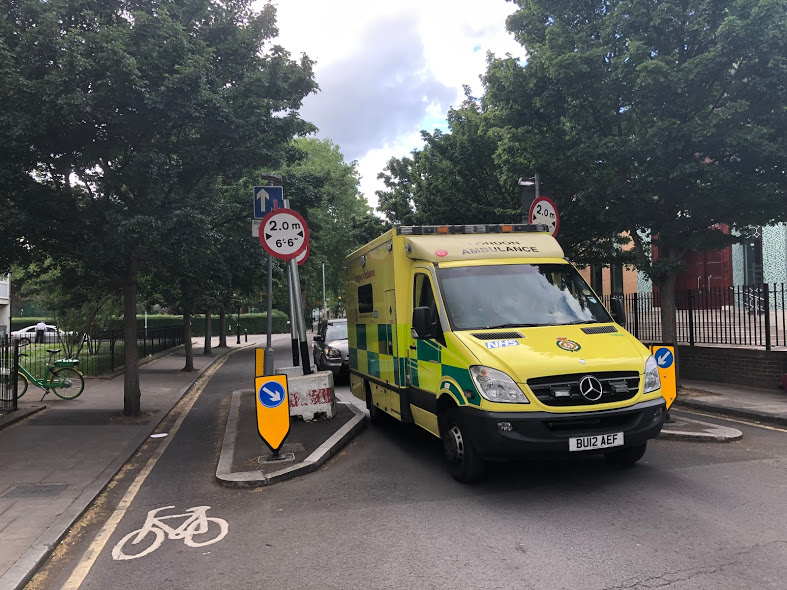 A 2-metre (6 ft 6 in) width restriction on Harper Road and Bath Terrace will be made permanent, Cllr Richard Livingstone, Southwark's cabinet member for environment, transport and the climate emergency, has decided.

Residents of the Rockingham Estate complained that more and more lorries were using Harper Road after the major roadworks began at the Elephant & Castle junction.

An experimental width restriction was introduced at Easter 2018 but has had to be re-enforced three times after vandalism.

The permanent road layout will allow fire engines and other large emergency vehicles to use the road unhindered, whilst camera enforcement will be used to deter lorries from getting through.

"The traffic survey results showed that since the width restriction was implemented traffic flows decreased by 23 per cent, with a substantial decrease of 86 per cent in HGV traffic in Harper Road and negligible displacement of total vehicles in surrounding side streets," wrote project manager Joaanna Lesak.

She added: "Air pollution also decreased to safe levels: at two locations by Borough High Street and the Globe Academy school, the average NO2 levels were above the EU limits of 40µg/m3 before the trial and dropped to below the limit during the trial."

Cycle counts show a significant increase in the number of cyclists using Harper Road since the width restriction was imposed.