Staff at Lewisham Southwark College took strike action on Thuesday in protest at plans to axe 112 jobs and close the college's Camberwell campus. 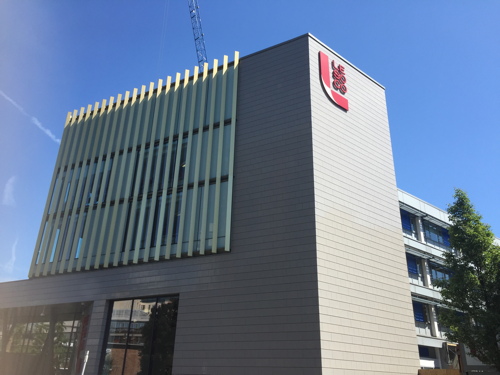 The college has several centres including the Waterloo campus in The Cut near Southwark Underground Station.

Earlier this year Ofsted warned that the college's finances were "precarious" and now dozens of jobs are under threat.

"We believe that by working together, we can find a way out of this crisis and avoid these devastating job losses and the closure of a key community asset that has given many locals a chance to get back into education," said Una O'Brien of the Universities and Colleges Union (UCU).

'We want the college governors and managers to meet with us and explore alternative ways forward to this knee-jerk reaction, which will see so many job losses.

"Of course no one wants to take strike action but staff have reached the point where they feel they have no other option. Unless we can get a guarantee of no compulsory job losses, more action will be in the pipeline."

Interim principal Jo Lomax said: "Our staff are dedicated to ensuring that students complete their courses and there will be support in place for anyone who requires it.

"With many students receiving university places this year and extensive business contacts producing work-ready students, it shows that the efforts of our staff at the college help local people in achieving their goals."

The college – previously branded as LeSoCo but now known by the more formal title of Lewisham Southwark College – was formed by the merger of previously independent further education colleges in the two boroughs.