Southwark Council has unveiled an audacious plan to reverse the merger of Lewisham College with Southwark College and create a new further education institution based at the Waterloo campus in The Cut. 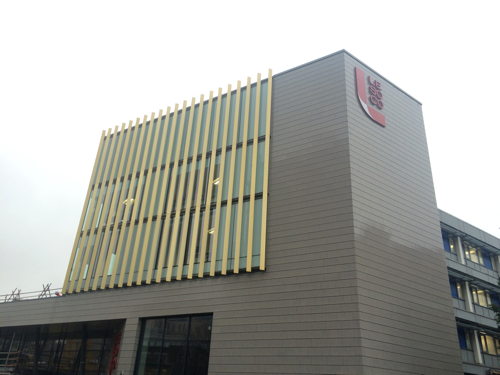 The proposal was announced at Wednesday night's council assembly by Cllr Victoria Mills, cabinet member for children and schools.

Southwark Council has written to the Further Education Commissioner proposing a takeover of further education in the borough.

In her letter, Cllr Mills seeks the commissioner's support for the creation of a new college based at the present Waterloo campus in The Cut.

The council's proposal would effectively reverse the 2012 merger of Lewisham College and Southwark College to form LeSoCo, with a new standalone FE inistitution created for Southwark.

"We strongly believe that for too long our residents have been let down by the further education offer in Southwark," said Cllr Mills.

"Solutions have been tried, but each has been left wanting. Students are coming out of Southwark's schools with great potential to build on their personal success. And as a borough we are job rich.

"The employment opportunities in Southwark are simply fantastic thanks to the highly ambitious regeneration of the borough by the council and our partners.

"Sadly, there is no high quality local college of choice to help make the transition between the two.

"Now, more than ever, we need to start afresh and look at new solutions to give our learners the best opportunity to realise their potential. This is not about finger pointing at the past. It is about signposting to the future.

"Our mission is that by 2016 Southwark learners will attend an innovative college that truly responds to the needs of our young people, adult learners and local employers. It is a plan that is based on the council working in step with employers and schools to match skills to local job opportunities through a commissioned approach to learning.

"It is a plan that demonstrates where and how local authorities can play a bigger role in developing skills and raising standards in FE locally through a devolved model of delivery. It is a plan that we believe would work.

"Most importantly it is plan that gives our residents the credible offer of learning and opportunity that has for too long been denied."

The council has published a prospectus setting out its proposal to end the existing courses run in Southwark by Lewisham Southwark College at the end of the current academic year and launch a new institution in September 2016.

The prospectus names London South Bank University as one of a number of possible partners for the new FE college.

The new college would be based in The Cut and have satellite centres elsewhere in the borough.

Southwark Council is entitled to a seat on the governing body of Lewisham Southwark College but has not appointed anyone to to the role since Cllr Richard Livingstone left the corporation board last year.