A new street to be called 'Dirty Lane' is at the centre of plans for the redevelopment of the Vinopolis complex. 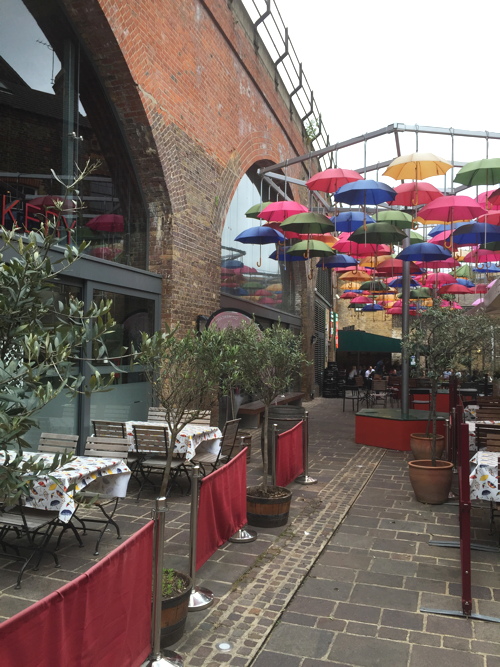 Completed just two and a half years ago, the Vinopolis Piazza space is to be filled in under the new proposals

In February the Vinopolis wine attraction announced it will close at the end of this year.

The site's new owners – Sherwood Thames Ventures – have now held the first public exhibition of their plans for a fashion-led retail development on the site.

The scheme has been designed by SPPARC Architecture whose other local work includes the proposal Quill tower near London Bridge and the new apart-hotel in Bear Gardens, as well as the Music Box scheme in Union Street.

Several historical local street names will be revived if the scheme goes ahead, including Dirty Lane, Soap Yard and Clink Yard.

The new Dirty Lane will run from Clink Street in the north (through the current Cantina Vinopolis restaurant) and emerge next to Thames House in Park Street.

What is currently Brew Wharf on Stoney Street will become Soap Yard and provide a link to Dirty Lane through the arches.

The largest element of the new development will be a six-storey office building tucked in between the existing block at 30 Park Street and the railway arches. Thames House will be refurbished and have a new restaurant at ground level.

Below the new office building a two-screen cinema is planned.

The Sherwood Thames Ventures proposal will completely reverse the Vinopolis Piazza scheme off Stoney Street completed less than three years ago, filling in the piazza with buildings and moving the circulation space to the west of the railway arches.

A planning application will be submitted to Southwark Council during the summer and if approved the scheme could be completed by spring 2018.

What do you think of the Dirty Lane proposals?