Proposals to redevelop the warren of railway arches formerly occupied by the Vinopolis wine attraction have been approved by Southwark's planning committee. 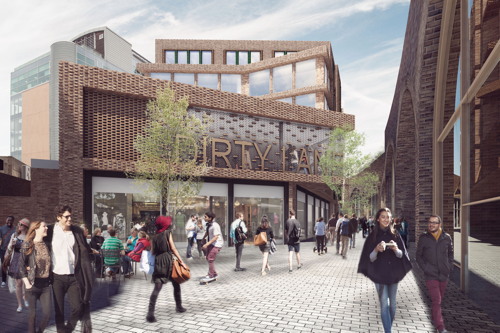 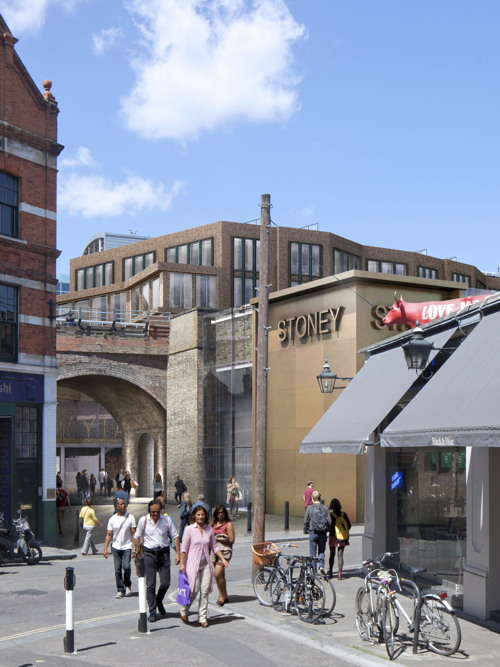 Vinopolis closed its doors at the end of last year and the site's new owners – Sherwood Thames Ventures – engaged SPPARC Architecture to draw up plans for a retail and office development.

The scheme also includes a two-screen cinema and a gallery.

Architect Trevor Morriss said that he had taken into account the "highly regarded special character of the area" around Borough Market.

He said that the new shops and restaurants would be "carefully curated to create a tenant mix that complements not competes" with what is already available nearby.

A condition is to be imposed on the planning permission to limit the proportion of floorspace that can be used for restaurants and bars to 30 per cent.

The developer has also accepted restrictions on the number of chain stores that will be allowed to occupy the retail units.

There will also be a clause in the legal agreement between the council and developer to prevent high street supermarket chains from moving in.

Planning officer Yvonne Lewis told councillors that the proposed development would be "a significant scheme for Bankside" which would create more than 1,000 new jobs.

The new Dirty Lane will run from Clink Street in the north (through the former Cantina Vinopolis restaurant) and emerge next to Thames House in Park Street.

The former Brew Wharf on Stoney Street will become Soap Yard and provide a link to Dirty Lane through the arches.

She praised the developer for its consultation exercise and requested a number of limits on restaurants and bars in the scheme, as well as controls on delivery and servicing vehicles.

Cathedrals ward councillor David Noakes addressed the committee to "broadly welcome" the application but warned that care needed to be taken to ensure that the new shops and restaurants didn't adversely affect nearby residents.

The planning committee voted unanimously in support of the scheme.