Sites in Colombo Street, Deverell Street, Weston Street and Welsford Street are among those chosen by Southwark Council for the development of new homes. 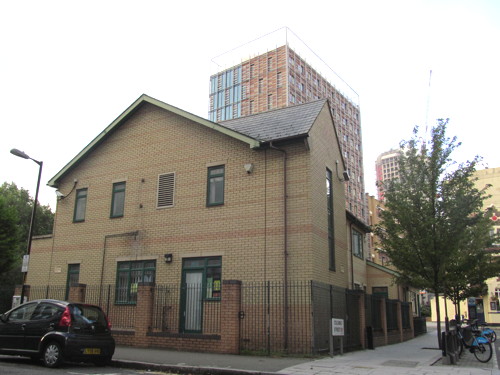 Southwark's Labour cabinet will next week agree a provisional list of sites for more than 300 homes, many of which will be let as council homes towards the Labour authority's target of 11,000 units by 2020.

Many of the new homes will be funded by payments from developers of luxury SE1 riverside homes made in lieu of providing affordable housing on site.

"I'm delighted to report excellent progress on building the first 290 new council homes in the first phase of our direct delivery programme and to put forward the proposed sites of phase 2 of new homes, with the potential to deliver a further 277 genuinely affordable new homes," said Cllr Fiona Colley, cabinet member for regeneration.

"It is still early days on these new sites. Where possible officers have already had initial discussions with tenants' and residents' associations and following this decision discussion, design and consultation with local residents will move ahead.

"At this stage we are asking cabinet to agree the sites in principle as some changes may need to be made as this work progresses.

Sites which could be redeveloped to provide new council homes include the Blackfriars Medical Centre in Colombo Street which officers believe could accommodate 20 flats. The GP surgery would need to relocate temporarily or permanently if the plans go ahead.

The former Joseph Lancaster nursery site in Deverell Street could accommodate up to 16 homes, whilst the council is also collaborating with Leathermarket JMB on plans for 25 homes on the site of garages on the Kipling Estate in Weston Street.

In South Bermondsey, garages in Welsford Street previously earmarked for housing association development linked to the Elephant & Castle regeneration scheme could now be included in the council's own housebuilding programme.

A handful of council homes will also be incorporated in the new Crossway United Reformed Church to be built in Hampton Street at the foot of the Strata SE1 tower.

The proposed 18 sites in phase 2 are spread across the north and centre of the borough.

Sites in phase 1 of the programme include 21 homes on the former housing office site in Long Lane (due for completion in 2015) and 21 homes in Willow Walk.