The final details of Southwark Council's share in the profits of Lendlease's 37-storey One The Elephant tower have been revealed, and the luxury development has met the full cost of the The Castle leisure centre. 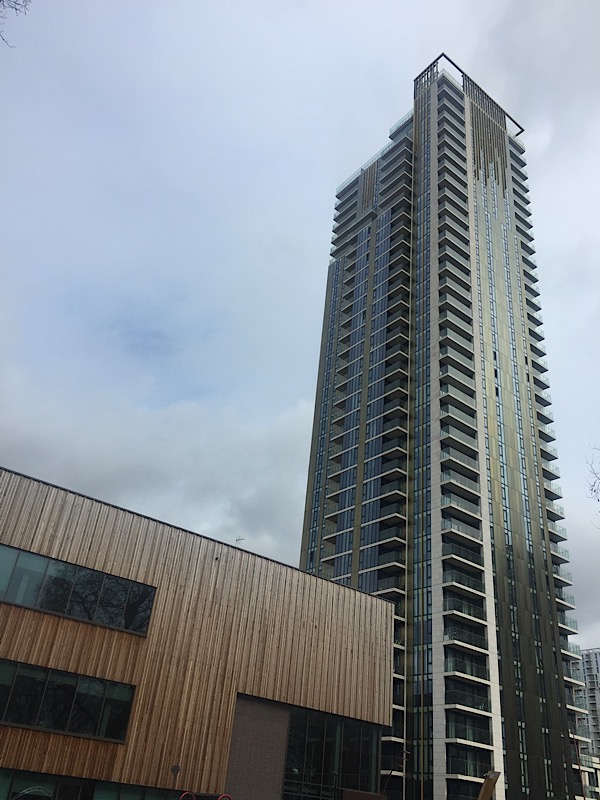 The Castle Centre and One The Elephant

Controversially, the council agreed that Lendlease would not be required to provide affordable housing in its development of 284 homes in a high-rise tower on the site.

An overage deal was agreed with the council receiving a share of Lendlease's profits on the scheme.

The council says that the deal was originally expected to raise around £12.5 million to go towards the cost of the new leisure centre.

Now the council says that when the sale of the land, section 106 agreements and the overage amount are added together, it has received £22 million from One The Elephant.

With the capital cost of the leisure centre at £20 million, the council says that the extra £2 million will be allocated to its programme to build 11,000 new council homes.

"The pool at the old leisure centre was out of action since the mid 1990s and the rest of the centre was on its last legs," said Cllr Mark Williams, cabinet member for regeneration and new homes.

"With local people crying out for a new pool and leisure centre, we decided that the best way to ensure local people benefitted from the development was to agree the profit share, with the funds going directly to pay for the much needed new leisure centre.

"Its now fantastic to see The Castle leisure centre open with so many people using and enjoying this public facility.

"The agreement we made with Lendlease for One The Elephant was based on the same principles as our agreement with them on the former Heygate site development, and it clearly paid off as we not only covered the costs of our new centre, but have additional funds to help us build new council homes in the Elephant and Castle area."