Tower Bridge lifted on Wednesday lunchtime for the arrival of HMS Severn. 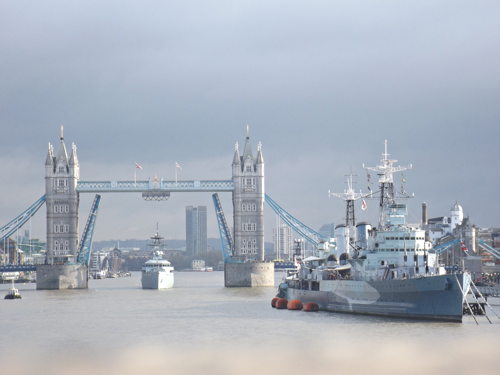 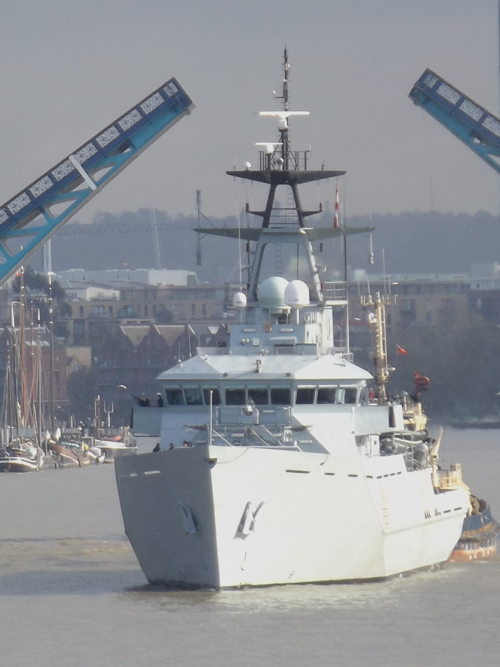 HMS Severn is moored alongside HMS Belfast. Tower Bridge will lift at 4.05pm on Monday 10 November for her departure.

Members of the ship's company will take part in the Remembrance Service in St Paul's Cathedral on Sunday.

On Sunday evening, crew members will travel to Wembley Stadium for the National Football League International Series games which sees the Jacksonville Jaguars take on the Dallas Cowboys .

Personnel from HMS Severn will be raising money for the Royal British Legion London Poppy Appeal alongside 200 other servicemen and women during the event.

Lieutenant Commander Steve Banfield said: "My ship's company and I are looking forward to bringing HMS Severn to the capital and to welcoming guests on board for a capability demonstration on Wednesday evening.

"We are honoured to have been invited to the Remembrance Service in St Paul's Cathedral on Sunday and then to play our part at the NFL game at Wembley Stadium".

When naval vessels moor alongside HMS Belfast it is customary for the commanding officer to visit the Mayor of Southwark's parlour.