Waterloo residents fighting the Garden Bridge joined a coalition of pressure groups in Brixton on Saturday for a rally and march in protest at Lambeth Council's handling of numerous local issues. 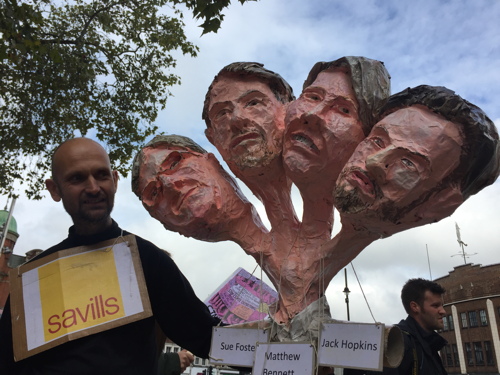 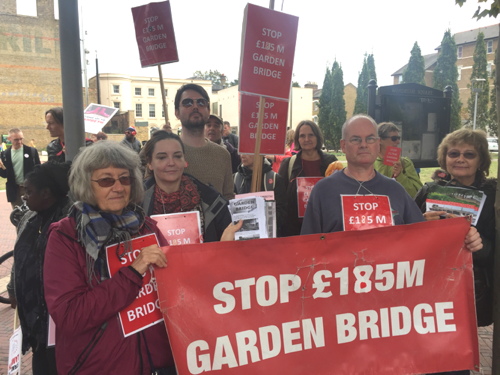 Vauxhall Labour MP Kate Hoey sparked fury among her party colleagues by sending a message in support of the protest against the Labour council.

She said: "All of you have come here today with one clear message for the council: 'Lambeth: you are not listening to us'.

"We all know the council is facing huge challenges from the cuts imposed by the Government.

"But in so many of the decisions that have angered local communities, it has been clear that despite public utterances about listening, the voices of many of you have been ignored.

"The Garden Bridge is a classic example.

"The local Bishop's ward Labour councillors and thousands of local residents have made clear their opposition – not just to the waste of public money but also to the bridge being located where no-one wants it.

"Lambeth could have stopped it but have chosen not to do so. They have not listened."

The MP went on to call on the council to "welcome debate and positive criticism" and "listen more to voices outside the council chamber".

The protest came in the same week that the council published the findings of its annual residents' survey.

More than 1,000 residents were surveyed to gauge their opinions on life in the borough and its public services. 72 per cent reported satisfaction with the way the council performs.

Cllr Lib Peck, leader of Lambeth Council, said: "The most important thing to the council is our residents, the motivation behind everything we do is to make their lives better.

"The results of this year's survey are encouraging – resident satisfaction in the borough is high and getting higher, there is a strong sense of community cohesion and more people think their local area is getting better rather than worse.

"Times are tough for local government at the moment, with huge cuts to our budget, but we are working hard to make sure we can still provide a good service for everybody who lives and works in the borough.

"We won't take this as sign that our work is done, we are setting new priorities and will keep striving to make our residents even happier."

However, figures released last month by the Office of National Statistics – using data from the Government's happiness index – showed Lambeth to be the second most miserable borough in the capital.