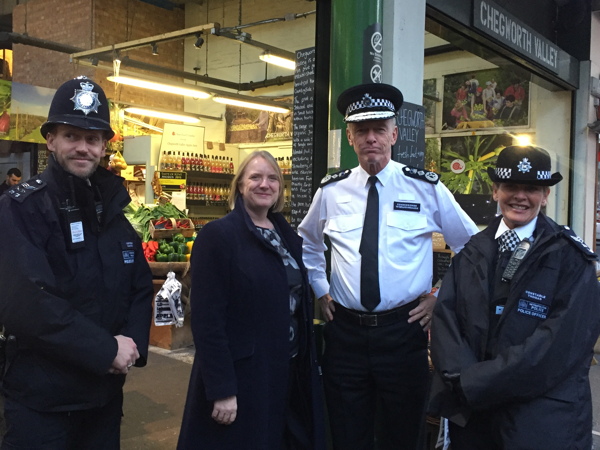 The commissioner and the deputy mayor were greeted by Borough Market chairman Donald Hyslop and managing director Darren Henaghan.

Sir Bernard Hogan-Howe said: "At Christmas, officers continue to work around the clock and protect London whilst people are enjoying their festivities, so we hope this helps highlight the challenges our officers face and their year-round dedication."

The #WalktheMet initiative saw councillors, MPs and London Assembly members across the capital go on patrol with their local police to learn about the issues facing front-line officers.