752 moped-related crimes in Southwark - but only 17 are charged

Bermondsey & Old Southwark's Neil Coyle MP has pressed the Government for extra resources to tackle moped-enabled thefts after new figures show that most of these crimes go unsolved by police. 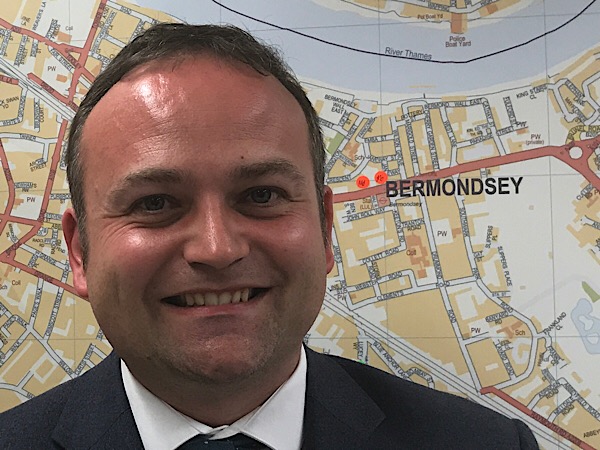 Every month dozens of mobile phones are snatched from pedestrians' hands on the streets of north Southwark – but few people are brought to justice.

"Of 20,000 moped-related crimes in London last year, 752 happened in Southwark, but only 17 people were charged with an offence," Mr Coyle told the House of Commons on Monday.

"Instead of tackling the rising problem, the Government have announced a review. What are the terms of this pathetic response to this blight on my constituents' lives? When will it be completed?

"What specific additional resources and powers will it give our overstretched and underfunded police?"

Home secretary Amber Rudd replied: The honourable gentleman will be aware that we do not have operational control over what goes on in his constituency; what we do have is the ability to pull people together to get the right answers.

"This sort of evolving crime needs to be dealt with by bringing people together to find out the best way to address it. We need to be guided by the police and local authorities.

"I urge him to engage with that consultation so that we get the right answers for his constituents."

On Tuesday Metropolitan Police commissioner Cressida Dick told the London Assembly's police & crime committee that the capital is "beginning to see some reduction in the rate of rise" of scooter-enabled crime.