Three members of the London Assembly transport committee took to two wheels on Friday for a tour of Cycle Superhighways and Quietways in Southwark, the Square Mile and Lambeth as part of an investigation into infrastructure for cyclists in the capital. 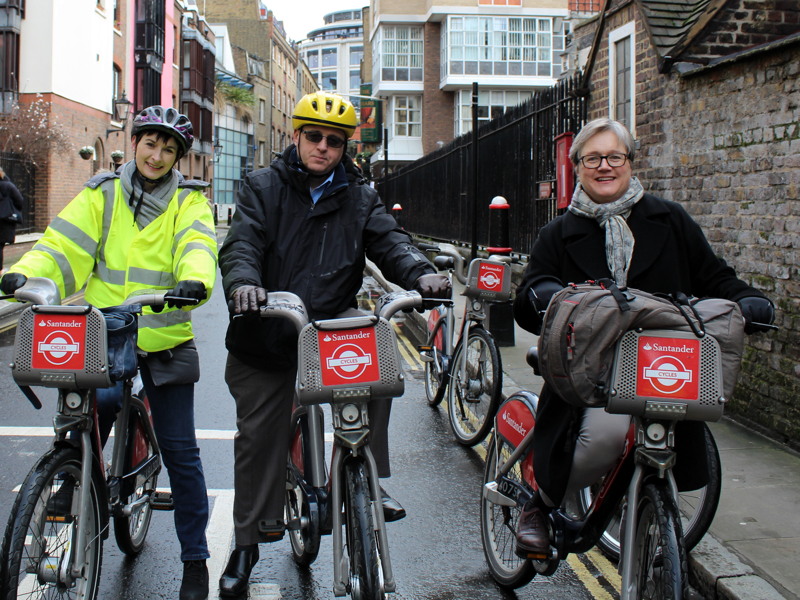 Caroline Pidgeon AM, Keith Prince AM and Caroline Russell AM 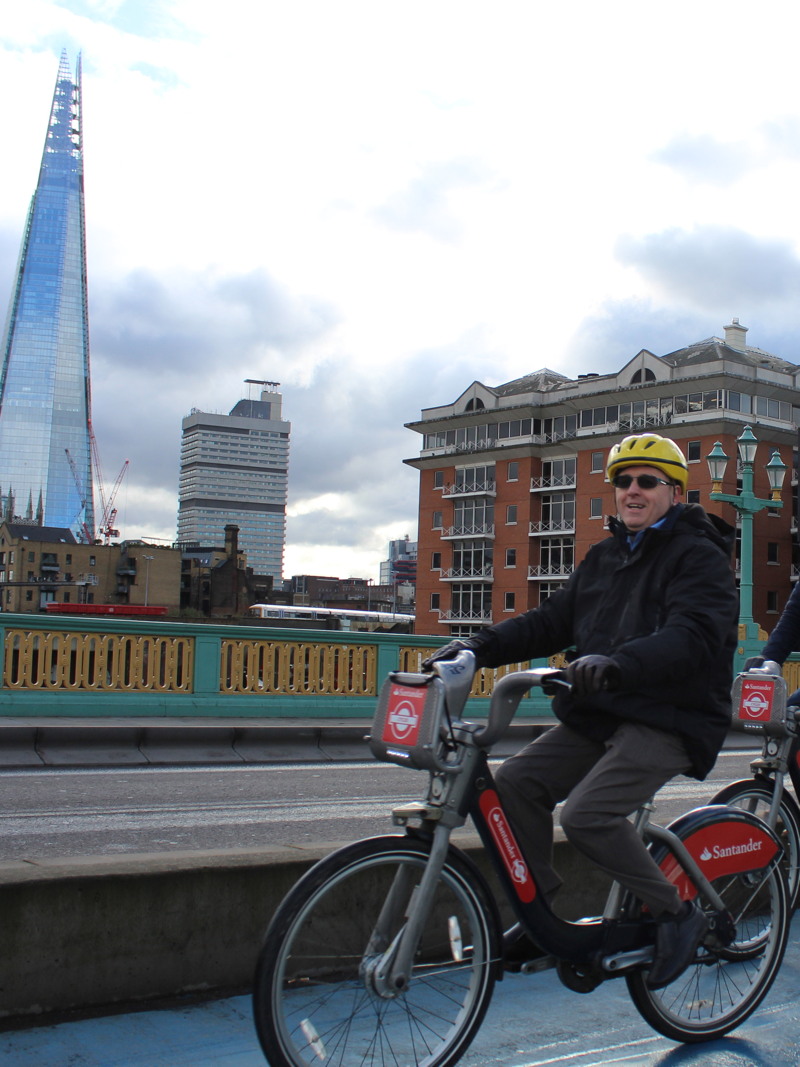 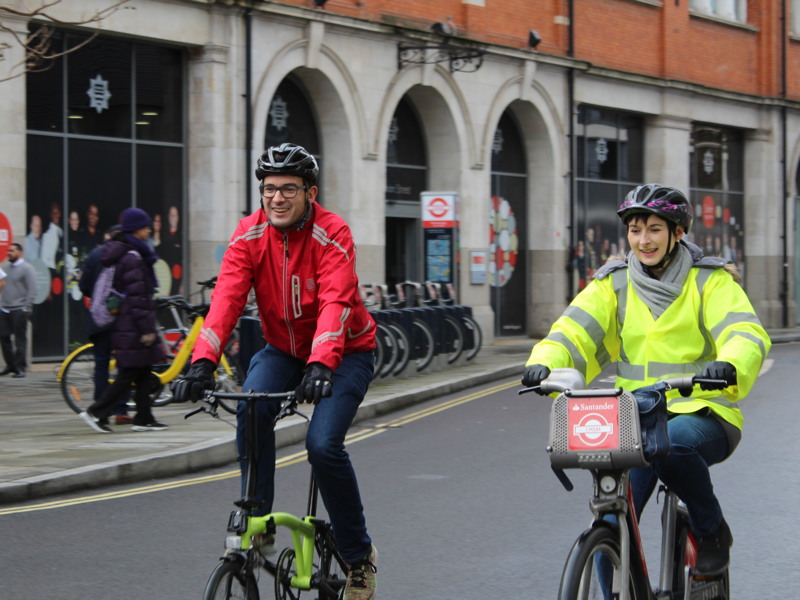 The committee has already held three lengthy evidence sessions to examine the Mayor's and Transport for London's approach to cycling infrastructure.

The cross-party panel is assessing how effective new cycle routes have been at increasing cycling, and their effect on other road users.

Transport committee chair Keith Prince AM (Conservative) was joined by Caroline Russell AM (Green) and Caroline Pidgeon AM (Lib Dem) for the two-hour tour of some of the cycle superhighways and quietways opened in recent years in Southwark, the City of London, Westminster and Lambeth.

Guided by Transport for London officials, the three politicians began their tour on cycle superhighway 6 in Blackfriars Road before heading east on Quietway 14 along Union Street.

The trio then travelled north on a section of London's first Cycle Superhighway – route 7 – along Southwark Bridge Road.

Crossing into the Square Mile, they explored Quietway 11 and headed south on CS6 and west on CS3 along Victoria Embankment.

Returning to the South Bank via Westminster Bridge, the tour took in the controversial new bus stop bypasses outside St Thomas' Hospital before sampling Quietway 1 on Cornwall Road.

• For its final evidence-gathering session on cycle infrastructure, the transport committee has invited broadcaster Jeremy Vine to share his views on public attitudes to cycling, based on his experience as a cyclist in London. Mr Vine will appear before the committee on Monday 19 February at 3pm in the chamber at City Hall.