St Thomas Street to remain closed to through traffic

St Thomas Street will not reopen to through motor traffic when the new London Bridge Station is completed, under plans launched for public consultation by Transport for London this week. 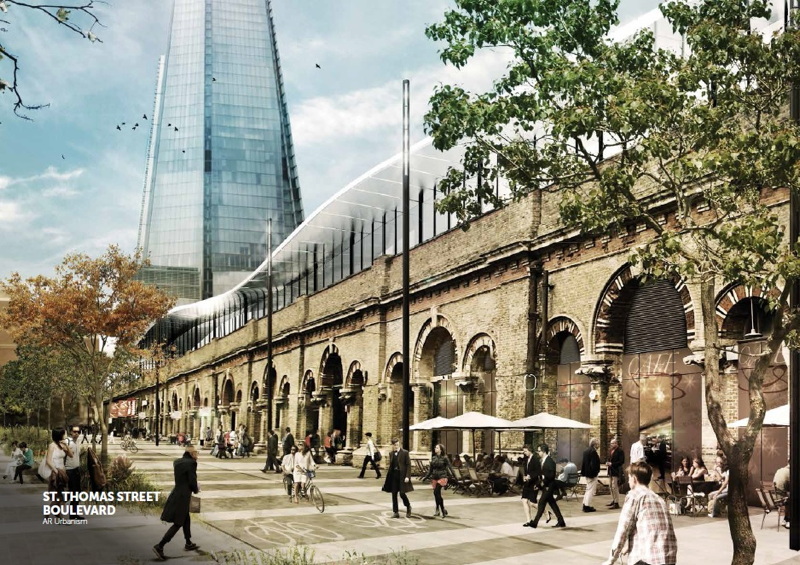 St Thomas Street has been closed to through traffic for several years during the major building works at London Bridge Station, but it was originally planned that the street would reopen to westbound traffic this year.

However, TfL has published new proposals to permanently restrict through motor traffic from using the street, with 'access only' restrictions and a 10 mph speed limit now envisaged.

If the plans go ahead, no traffic would be able to enter St Thomas Street from the Borough High Street end, with access via Crucifix Lane and Bermondsey Street instead.

Under the new plans, cyclists would not be able to use the street eastbound but TfL says it be "working with local stakeholders to meet their aspirations for bi-directional cycling".

Other changes include the relocation of the taxi rank serving the Shard.

TfL also says it is examining the potential for reintroducing a bus service on St Thomas Street to assist visitors to Guy's Hospital.

How do you feel about the proposals?