Campaigners make their own segregated bike lane on CS7 route

Walking and cycling campaigners highlighted the need for more segregated cycle lanes by making a human barrier between the bikes and motor traffic in Southwark Bridge Road on Thursday morning. 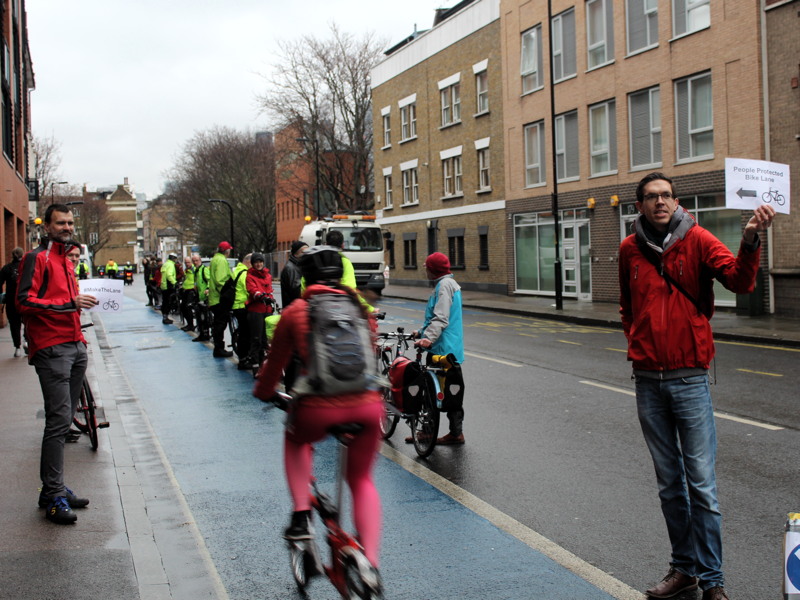 The #makethelane event was organised by Active Travel Now to put pressure on Mayor of London Sadiq Khan, Transport for London and borough councils to provide cycle routes which less confident riders can use without having to mingle with cars and HGVs.

Southwark Bridge Road is part of Cycle Superhighway 7 but the space for cyclists is only indicated by blue paint on the road surface rather than any physical demarcation.

Launched in 2010, Cycle Superhighway 7 was the first of the new cycle routes to be opened under the mayoralty of Boris Johnson.

Last month London Assembly member Caroline Pidgeon took part in a tour of cycle routes in Southwark, Lambeth and the City. Later she described CS7 on Southwark Bridge Road as "quite frankly frightening" compared to the other cycle superhighways and Quietways she had sampled.