Waterloo Foodbank says that it has seen a sharp increase in demand for its services in the past 12 months. 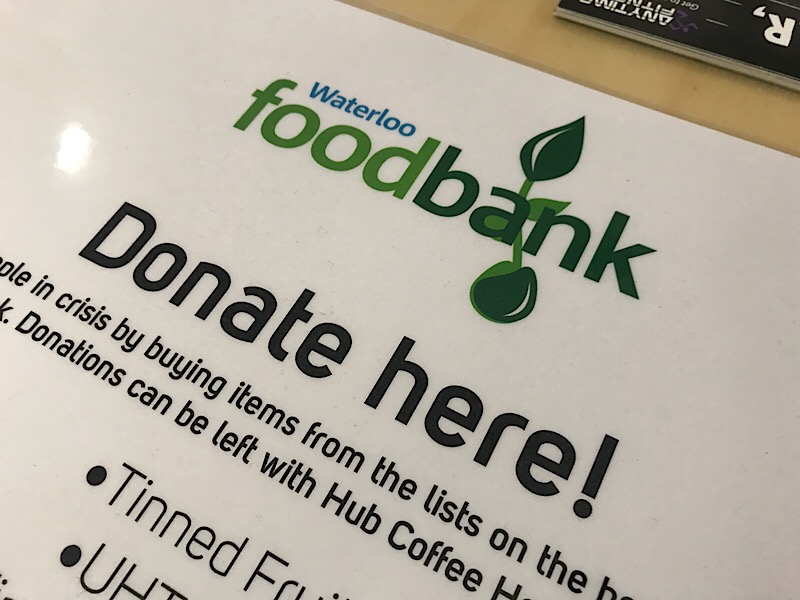 Waterloo Foodbank has provided food for more than 10,000 local people in crisis since it opened in January 2012.

Now open six days a week across three local churches – Oasis Church Waterloo, St George the Martyr and St John's Waterloo – the foodbank has seen a sharp increase in its use over the past year.

In the 12 months to 31 March, Waterloo Foodbank gave out 38.1 per cent more three-day emergency food supplies to people in crisis than the previous year.

Of those, more than a third were children.

"It is fantastic that we have been able to support so many people over the last six years however we are saddened by the continuing increase in demand for our emergency support," said foodbank manager Rebekah Gibson.

"We don't think that anyone in Waterloo should need to use a Foodbank but until that time we will continue to provide emergency food support to local people in crisis.

"We are thankful for the support of local people, churches and business which enable us to keep running, however our stock levels are struggling to keep up with increased demand."

Issues with the benefits system continued to be the main reason for people needing the foodbank, with 36 per cent of people coming because of benefits cuts or delays.

The cost of living in London is also still affecting Waterloo Foodbank clients, as 26 per cent said that their main issue was 'low income', and the foodbank also seeing an increase in the number of people (10 per cent) who have no recourse to public funds.

Waterloo Foodbank costs around Ł22,000 a year to run, which covers everything from shelving and weighing scales to insurance and the manager's salary.

The foodbank has one part-time employee, and the rest of the work is done by a team of more than 50 volunteers.

If you would like to find out more or donate food email [email protected] or you can donate by text – send BANK14 Ł5 to 70700 to donate Ł5.