Planning permission has been granted for a major revamp of the park at Dickens Square off Harper Road. 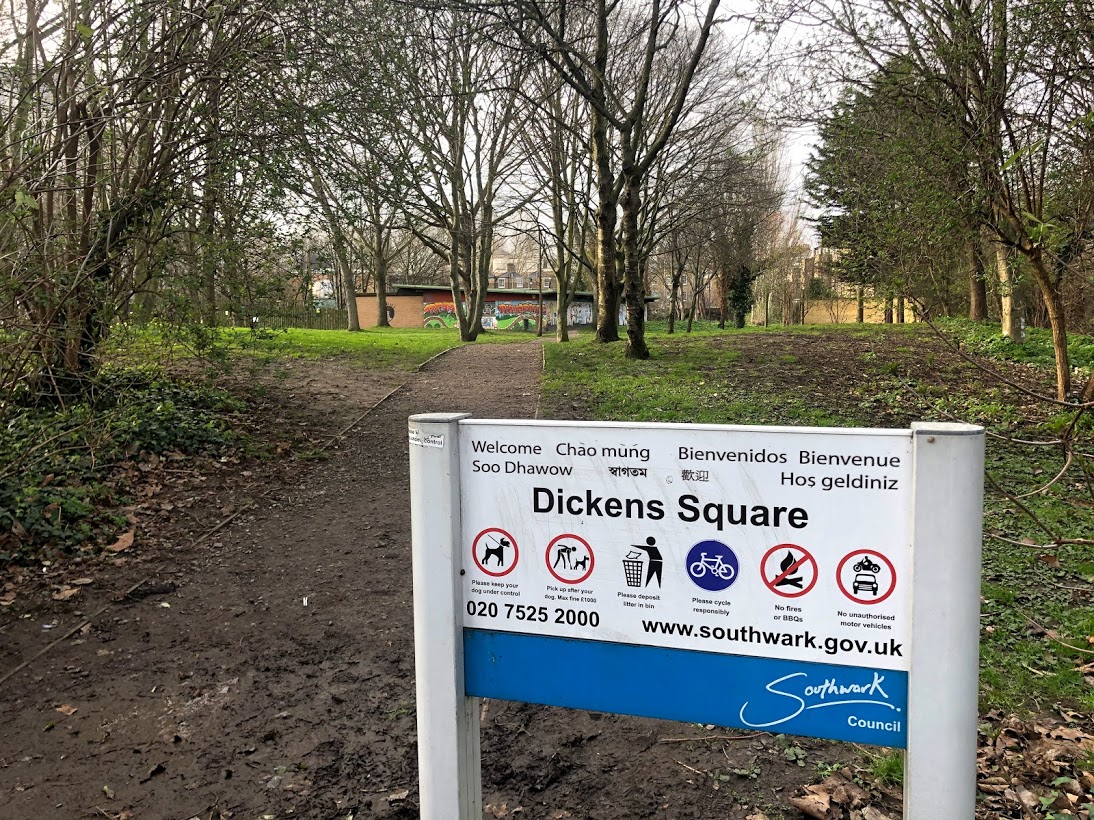 It's nearly six years since Southwark Council's cabinet committed to a Ł1.5 million revamp of the park as part of a wider package of measures to improve green spaces near Elephant & Castle.

An earlier plan to upgrade the park was approved in 2011 but never implemented.

The park occupies land that – until the early 1970s – was full of terraced houses.

The new landscaping proposals have been drawn up by LDA Design and include the stopping-up of the Dickens Square cul-de-sac that currently separates the mosque and the park.

The dilapidated Rockingham Estate Play Association (REPA) adventure playground is also in line to be removed and replaced by a new unsupervised play area.

98 trees are to be felled – said to be mainly small trees located within the overgrown playground – with 20 new trees to be planted in the park and a further 78 planted elsewhere in the borough to ensure there is no net loss of tree cover.

Work is due to begin this summer and be completed by the end of the year.

LDA Design has also been engaged by the owners of the adjacent GP surgery building to ensure that the landscaping proposed as part of the redevelopment of that site is compatible with the revamped park.