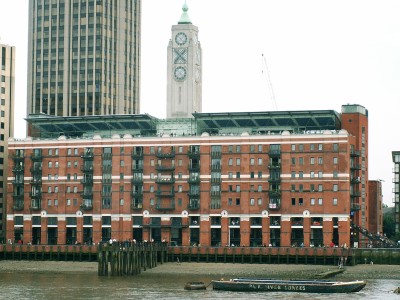 The former Stamford Wharf opened to the public as Oxo Tower Wharf in 1996 and houses a mix of restaurants, galleries, designer studios and residential accommodation.

The celebration was held at [email protected], the social enterprise restaurant which opened earlier this year.

Guests were welcomed by Kate Hoey MP who said that Oxo Tower Wharf was now the centre of London.

Both main speakers praised the work of Iain Tuckett who throughout the decade has been chief executive of Coin Street Community Builders.

The minister, who recalled his visit to Coin Street earlier this year, described Iain Tuckett as an inspiring individual who never took no for an answer. He added that it was important not to underestimate what assets can do for a community and looked forward to developments in the next ten years.

Paul Finch said that Coin Street had achieved a mixed use sustainable community before it became fashionable and had done so without clearing everyone out and then putting in new people.

Among diners were Ted Bowman, Ernie Hearn and George Nicholson who had been involved in the early plans for the Coin Street area.

• On Saturday 30 September there will be a day of activities, including a chance to take a trip to the top of the Oxo tower, celebrating 10 years since the building opened to the public.