Southwark councillor Caroline Pidgeon has been selected by Vauxhall Liberal Democrats as their prospective parliamentary candidate to challenge Labour's Kate Hoey at the next general election. 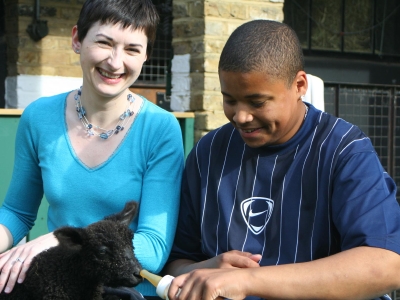 Caroline Pidgeon at Vauxhall City Farm with Lamby, one of the new born lambs, and long-standing farm volunteer Reece, 16 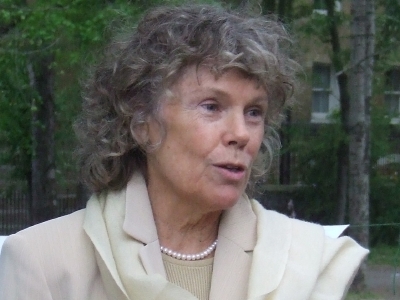 "I am thrilled to have been selected, and look forward to working with Vauxhall Lib Dem councillors and members to campaign on local issues that matter," says Cllr Pidgeon, who is also deputy leader of Southwark Liberal Democrats, executive member for children's services and education and a Newington ward councillor.

"With Lambeth Labour's shocking hike in home care charges for the most vulnerable, and the Ł5 billion cost of the Iraq War (Ł80 for every person in this country), I will expose Labour's record of failure, as well as showing our positive policies and working hard for local people".

Local Southwark blogger and campaigner Andy Mayer was the other shortlisted applicant for the Vauxhall candidacy.

Commenting on the selection, chair of Vauxhall Liberal Democrats Geoffrey Bowring said: "Vauxhall members have chosen a superb Liberal Democrat prospective parliamentary candidate. Caroline has great experience of our area, having worked in local government and the NHS for many years, most recently at St Thomas' Hospital.

"She has proved herself an effective, hard-working and tireless campaigner for local people. Her valuable all round experience and energy gives the electors of Vauxhall a genuine choice at the next election, and I have no doubt that Caroline will provide a strong challenge to the Labour MP."

The Vauxhall Lib Dem candidate at the 2005 election was former councillor Charles Anglin.

Caroline Pidgeon was first elected to Southwark Council in 1998 and was re-elected in 2002 and 2006.

She was the unsuccessful Liberal Democrat challenger for Val Shawcross's Lambeth and Southwark London Assembly seat in 2004, and stood against Tessa Jowell in the Dulwich and West Norwood parliamentary constituency at the 2001 general election.

Cllr Pidgeon is also standing for selection as one of the Lib Dems' London-wide top-up list candidates for the London Assembly elections in 2008.

She is a trustee of the Webber Street-based Centre for Literacy in Primary Education, and a board member of the Kennington-based Lambeth and Southwark Housing Association.