Last week a large group of volunteers from Yahoo!'s London headquarters converged on the Waterloo Action Centre and Living Space in Waterloo Road, to work with local community groups. 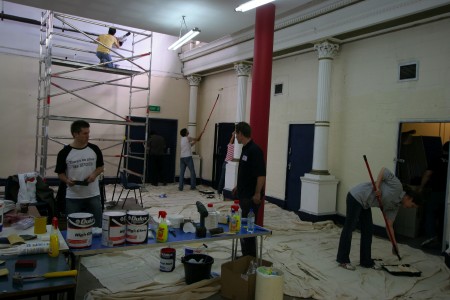 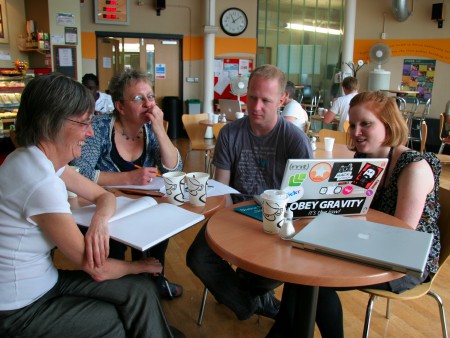 The 40 volunteers split into two teams: one focused on the renovation of the dance hall in the Waterloo Action Centre whilst another group in Living Space worked with six local community groups to improve their websites.

The work at the Waterloo Action Centre kicked off early in the day and involved redocorating the middle dance hall, as well as creating an improved cafe area with a free wireless internet connection.

The Southbank Centre has donated two of the portraits of local residents by photographer Rankin which formed part of its Front Row project and will now be hung in the main hall of the Action Centre.

"It was a mindblowing day," says centre manager Liz Conroy. "The amount of work that happened in one day was incredible, and the change to the centre is great!"

A barbecue lunch in the garden gave a chance for the volunteers to meet local residents and community groups over burgers and salad.

Down at Living Space 10 Yahoo! web developers and designers worked with groups including the Association of Waterloo Groups, SE1 United and Waterloo Community Counselling to upgrade their websites.

"As a fairly experienced webmaster with the established website of the Association of Waterloo Groups and others, I was enormously helped and encouraged by the sensitivity and skill the Yahoo! specialists brought to bear on our tasks and future needs," says local resident Michael Wolfers.