Drivers caught exceeding the 20 mph limit on Tower Bridge are to be offered a two-and-a-half-hour speed awareness workshop. 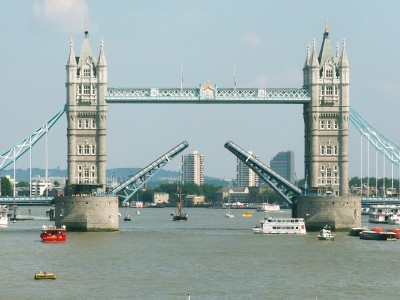 Drivers will be able to attend the workshop – commissioned by City of London Police – in lieu of receiving three points on their licence.

The workshop lasts about two and a half hours and takes drivers on a journey through various facts and figures around speeding. It busts myths about a range of factors that lead people to speed – from not knowing what the speed limit is in a particular area for a specific vehicle, to not appreciating the consequences an extra few miles per hour can make.

The workshop also explains why the 20 mph limit is in place at Tower Bridge and the damage that vibrations caused by faster vehicles cause to this national landmark.

Speeders on Tower Bridge are captured by the Specs Speed system, a real-time average speed measurement device which tracks vehicle progress through a defined zone by recording the entry and exit time of each vehicle.

The owners of vehicles caught speeding are sent a Notice of Intended Prosecution form within 14 days to obtain the driver's details. If the driver's speed was within the threshold limit that has been chosen for a speed awareness workshop, they will receive an offer of a place on the course.

Drivers then have 14 days in which to reply and accept the offer of paying to attend the workshop. Their other option is a fixed penalty of three points on their driving licence and a Ł60 fine.