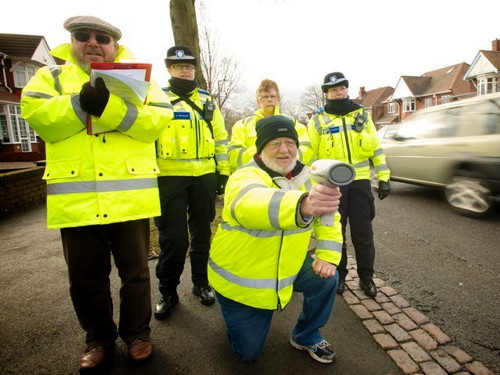 The Metropolitan Police runs a Community Roadwatch scheme which trains volunteers to use hand-held speed guns.

Warning letters are sent to the registered keepers of vehicles found to be breaking the limit.

The SE1 website has obtained details of a recent Community Speed Watch operation in Grange Road under the Freedom of Information Act.

"During this time, 40 speeding vehicles were logged," the Metropolitan Police told us.

"Of those 40, 32 letters were sent to registered keepers.

"We were unable to send letters in relation to the remaining 8 vehicles due to incomplete, or incorrect vehicle indexes being recorded."

Southwark Council recently published the results of monitoring of traffic speeds on borough roads before and after the introduction of a blanket 20 mph speed limit.