Dockhead Post Office is likely to be shut down under plans announced by Post Office Ltd to close 169 branches in London. 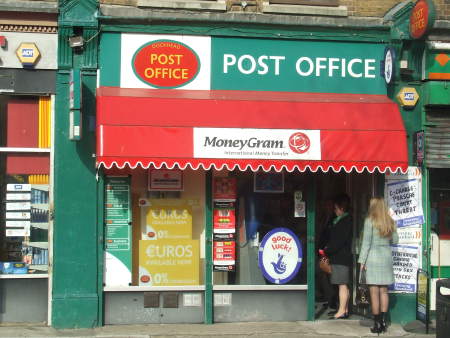 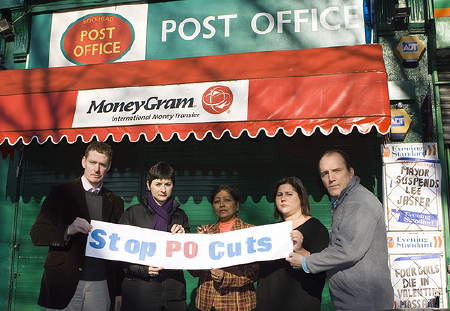 Figures released by the Post Office show that the Dockhead branch attracts between 1500 and 1999 customer visits per week. Nearly 74,000 people live within one mile of the branch.

The consultation document suggests that Dockhead customers should use the Jamaica Road branch (half a mile a way) or London Bridge post office (less than a mile from Dockhead).

"Taking the decision to close any Post Office branch is always very difficult and we know it will cause concern to many of our customers," says Anita Turner, Post Office Ltd's Network Development Manager for London.

"We want to ensure that everyone who uses, relies on or has any concern with Post Office services is both fully aware of the proposed changes and able to give views on them.

"Post Office Ltd's aim is to continue to provide essential services and support retail businesses and the local economy in as many communities as possible, subject to the minimum access criteria set by the Government.

"We believe these proposals offer the best prospect for a sustainable way forward for Post Office services in London bearing in mind the minimum access criteria and the other factors to which we have to have regard."

This week Post Office Ltd has confirmed that it still intends to find a franchisee to operate a sub post office in the Borough area.

The latest closure plans have already sparked a fierce reaction from local politicians.

"Local post offices are at the heart of our local communities in Southwark and Bermondsey," says Simon Hughes MP. "They offer a lifeline for so many people and to lose yet more branches will be a huge blow – after the branches we have lost already."

Simon Hughes and Lib Dem colleagues have launched a petition to protest against the cuts.

"I am extremely angry at the proposals to consult on the closure of 14 local Post Offices in Lambeth and Southwark," says London Assembly member Val Shawcross.

"I recognise the vital role that Post Office plays in the social and economic life of local communities. I am very worried that at a time when we are seeking to regenerate poorer areas of London that local shopping parades will be hit by the loss of an important local service which attracts shoppers to use their local shops and facilities.

"I am particularly concerned that the criteria for access to Post Offices has been downgraded in London – previously deprived communities in London had to be within a half mile of a post office. Now this has been reduced to one mile. I will be making strong representations to Post Office Ltd and I would encourage any one worried about the impact of losing these post offices to do the same."

"I believe we need more not fewer Post Offices in London," he said on Tuesday.

The Mayor has indicated that he intends to launch a legal challenge to the closures unless the consultation period – which he described as a "charade" – is extended.

• Comments on the closure plans can be submitted at www.postoffice.co.uk/networkchange