Confusion and demonstrations as Olympic flame comes to SE1

The Beijing Olympic torch relay came to the South Bank and Southwark on Sunday amid tight security and some confusion as to the route the flame would take. 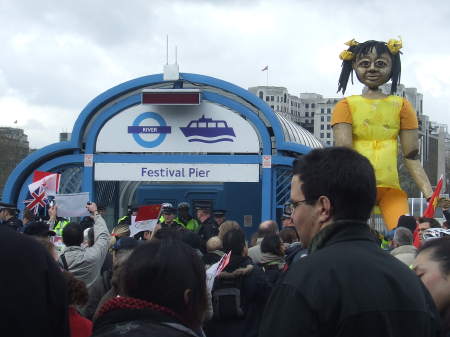 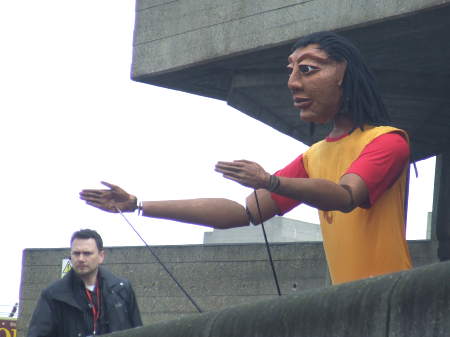 A giant puppet on the terrace of the Queen Elizabeth Hall 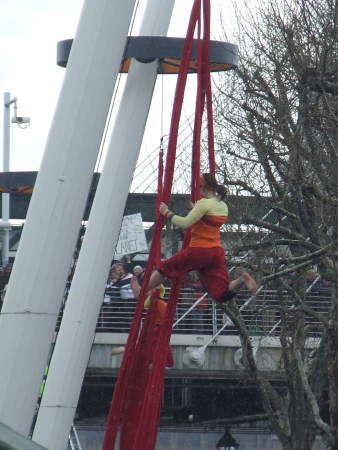 Acrobats at Festival Riverside on the South Bank 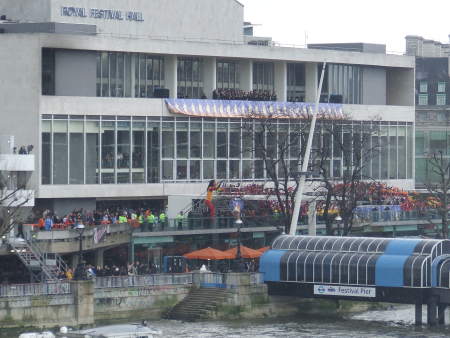 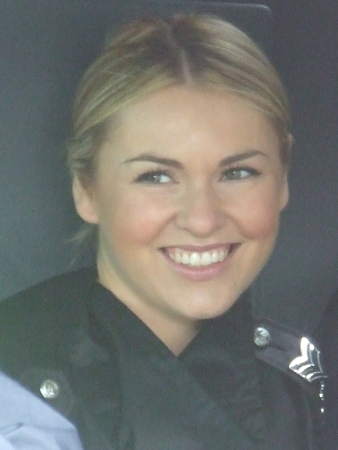 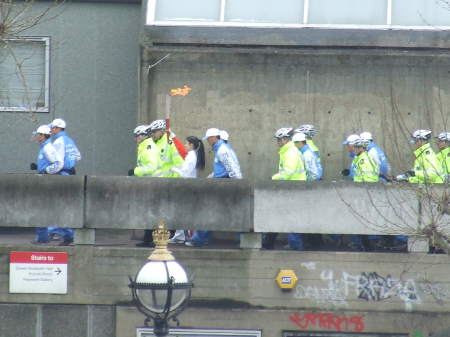 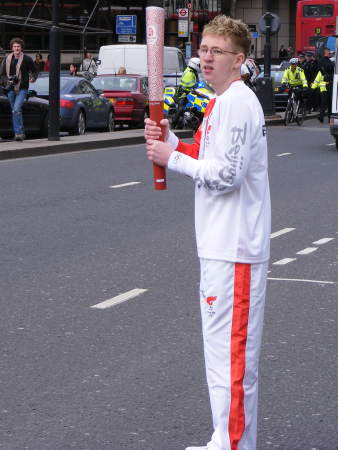 A torchbearer waits to receive the flame on London Bridge 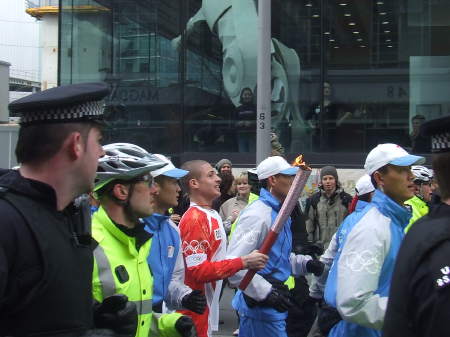 The flame is carried past the Unicorn Theatre in Tooley Street A small but noisy anti-China demonstration outside Devon Mansions 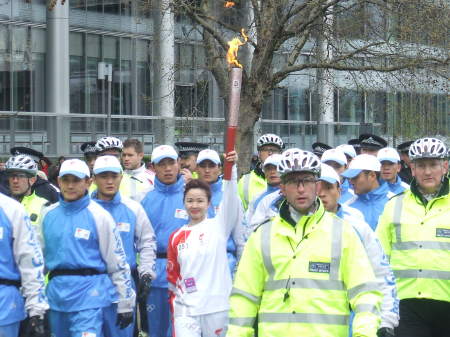 The torch returns to Tooley Street via Potters Fields Park The flame was due to arrive at Festival Pier on the South Bank on board a police boat but spectators on the riverside walkway were left wondering whether the flame had passed by or not, such was the haste with which police escorted the Olympic entourage onto the terrace of the Queen Elizabeth Hall and Royal Festival Hall.

After a short intermission the flame continued its journey over Waterloo Bridge.

Following a tour of the City of London it returned to SE1 via London Bridge and Tooley Street.

In Tooley Street there was considerable confusion when the relay seemed to miss its intended route via Unicorn Passage and instead took an unscheduled turn via Weaver's Lane to reach City Hall.

Returning to Tooley Street via Potters Fields Park the flame headed out to the east end via Queen Elizabeth Street and Tower Bridge.

As of 3pm police say that 35 arrests have been made for a range of public order offences.

The mood was tense throughout the torch relay as police tried to keep demonstrators at bay.

There were boos and chants of "Free Tibet" along the route.

Vauxhall MP Kate Hoey – whose constituency includes the Royal Festival Hall – said that the torch is "already tainted with the blood of innocent Tibetans".

The former sports minister accused Gordon Brown of "colluding in a propaganda stunt for China" by personally welcoming the torch at Downing Street.

• An inter-faith gathering with Prayers for Peace in Tibet will be held in the Tibetan Peace Garden at Geraldine Mary Harmsworth Park next Sunday (13 April).