A photographic book capturing images of the people often found in a Borough Market pub has been published by its regulars. 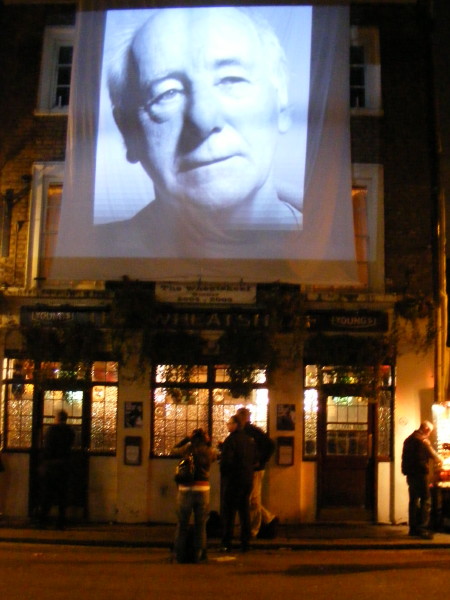 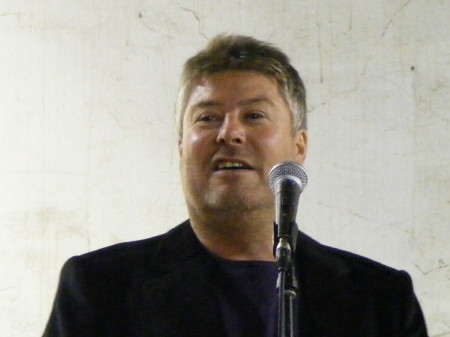 The market's Three Crown Square was crowded on Tuesday night for the launch of The Wheatsheaf RIP. During the evening the photographs by John Ross were projected on to the pub's frontage and the market wall.

"Initially, I would trawl through the pub and the market area generally looking for potential victims, like a man possessed, and then once found would frog march them back to the sudio on the pretence that it would only take five minutes!" he writes in the book.

The stimulus for the book was the growing fear that The Wheatsheaf would be closed for Thameslink building works. The threat has been confirmed and the pub will close in January for a long period. When it eventually reopens it will be severely overshadowed by the new railway viaduct.

The pub, which has most of its 18th-century structure, has been on the site almost as long as Borough Market which opened here in 1756. The launch was described as "a unifying celebration of the pub, the market and the area".

Also pictured is Ian Alderson, usually to be found either in The Wheatsheaf or campaigning to preserve the best of St George's Circus, who has contributed the history and produced a list of licensees from John Hooper in 1772 to today's Danny Campbell.

All those involved in the book's production are pub regulars who gave their services free. The design is by Jonathan Ellery, founder of Browns in Plantain Place, the paper is supplied by FF Smith in Marlborough Grove and the printer is Moore Print on the SE1 boundary in Old Jamaica Road.

There is an exhibition of the portraits in the pub.