Tower Bridge Primary School has been taken off 'special measures' after an Ofsted inspection found that significant improvements have been made. 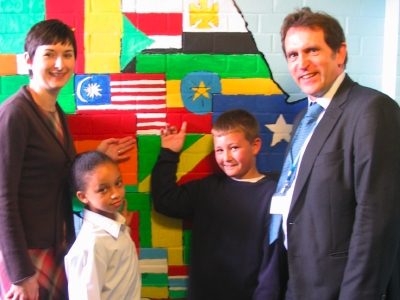 Ofsted inspectors visited the school – situated on the corner of Tower Bridge Road and Fair Street – for two days last month and have just published their report commending the school for its improvement.

The report rates the overall effectiveness of the school as '3 – satisfactory' on a scale of 1 to 4. It praises the "outstanding and inventive leadership" of the school's two interim headteachers.

The report said that children are making good progress and there are rising standards. Teaching, care, guidance and support of pupils is significantly better than when it went into special measures in October 2005. It

Margaret Windsor and Mary Boole, from Southwark School Leaders Team, who took over the leadership of the school last May, are now working closely with the newly appointed headteacher to ensure a smooth transition and maintain momentum.

"Everyone has worked very hard as a team to bring about this amazing turnaround. It won't end here but this has given us the boost to keep on improving."

Cllr Caroline Pidgeon, Southwark's executive member for children's services and education, added: "We're delighted that Ofsted has given Tower Bridge a vote of confidence, which is a reflection on the hard work of its headteachers, pupils and staff.

"We've got a good track record in raising standards but we're not complacent – two schools remaining in special measures is two too many and we are working hard to turn the situation around as soon as possible."

Pupils at Tower Bridge Primary School are currently working with a local artist to improve the outside appearance of the school as part of a project funded by Bermondsey Community Council's Cleaner, Greener, Safer fund.