The House of Commons rowing crew beat the Lords in this year's race on the Thames organised by the All-Party Parliamentary Rowing Group. 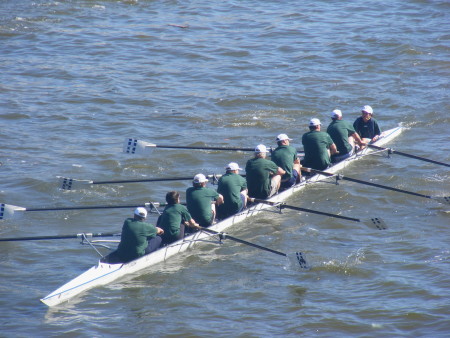 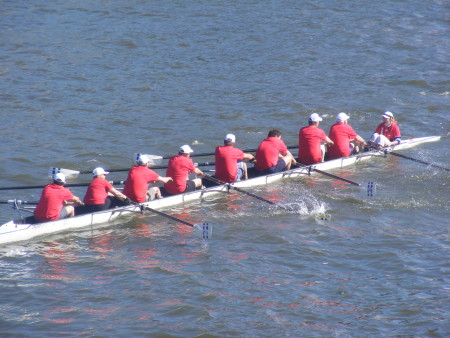 Whilst the peers were decked out in red shirts

The Lords won last year's race so the MPs were eager to outdo them this year.

The race started just off Millbank Pier with the finishing line between the Houses of Parliament and St Thomas' Hospital.

The crews disembarked at a small pontoon alongside the Palace of Westminster.

Exhausted parliamentarians lay down to recover from their exertions on the small lawn in Black Rod's Garden whilst police officers helped to recover oars from the boats.

Winners of the Doggett's Coat and Badge Race, dressed in their red livery, were in attendance.