More than 100 people rescued from Thames during Great River Race

106 people were rescued from the water by RNLI lifeboat crews during the Great River Race on the Thames on Saturday. 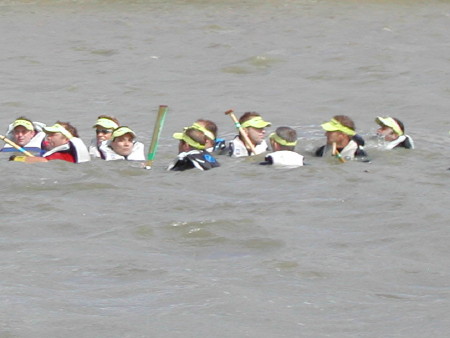 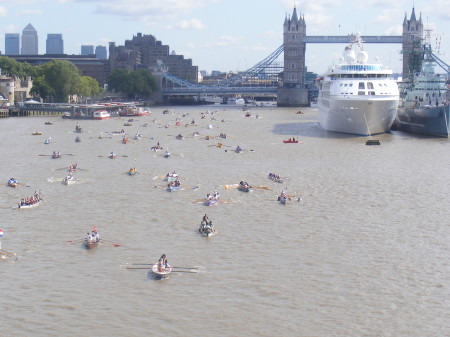 Great River Race competitors in the Pool of London 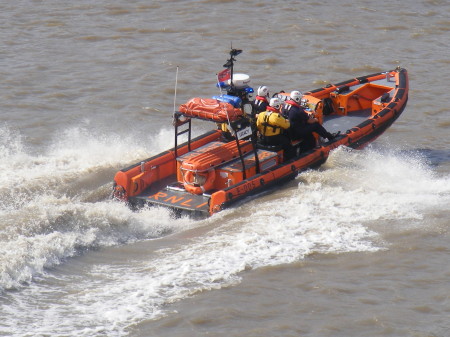 This year the Great River Race was run upstream from Greenwich to Richmond rather than the usual downstream course.

The race attracts around 300 boats onto the tideway, ranging from serious sporting crews to novelty competitors in fancy dress.

The RNLI's first call was to assist 25 people who had gathered on the beach at the entrance to Old Milwall Dock near the Isle of Dogs. At 12.45pm the lifeboat crew assisted the three-strong crew of a rescue boat whose failed motor left them at risk of drifting into the path of high-speed passenger vessels.

After towing the boat to the shore for repairs, the lifeboat then assisted 18 people aboard various dragon boats that were sinking due to the combined effect of the flood tide and opposing winds.

The day continued in a similar fashion and at 1.02pm the crew were called to evacuate 18 people from a sinking dragon boat at Hermitage Wharf, onto a large rescue boat which was associated with the event.

At 1.25pm seven people were rescued and at 1.40pm, 18 people were plucked from the water after a dragon boat sank near Tower Bridge, very close to a cruise liner which was moored alongside HMS Belfast.

An RNLI spokesman said that there was a significant risk of casualties being swept under the stern of the cruiser.

No sooner had they spoken to the rowers, the lifeboat crew were dispatched to another sinking dragon boat at 1.59pm near Cherry Garden Pier. Eight people were taken to safety by the lifeboat crew.

At 2.08pm ten people were rescued by the lifeboat crew after their dragon boat sank beneath Blackfriars Bridge – these were taken to the Bankside steps.

Finally, at 2.15pm, the lifeboat crew assisted with the recovery of 12 people from a dragon boat by Tower Pier. They also assisted in persuading a dragon boat skipper to leave his sunken vessel, as he was refusing to comply with the Harbour Master's wishes.

The skipper was taken off his dragon boat and transferred to the towing vessel. Once this was done the lifeboat escorted the remaining boats as far as Vauxhall Bridge and then returned to station.

Carl Schofield, one of the helms at Tower RNLI lifeboat station who was at the helm of the lifeboat, said: "This was an extremely busy day for the Royal National Lifeboat Institution in London. It really was one incident after another and the crew did an exceptional job of responding to emergencies, as well as advising people to try to avoid further incidents."