Thousands of people lined the banks of the Thames to see in 2010 with an eight-minute fireworks display centred on the London Eye. 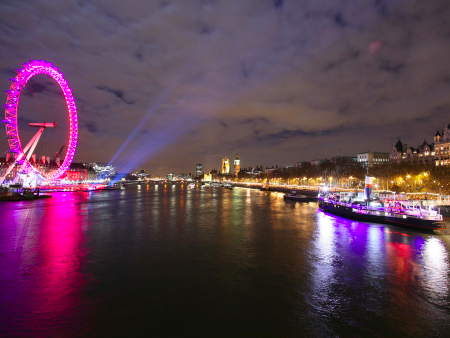 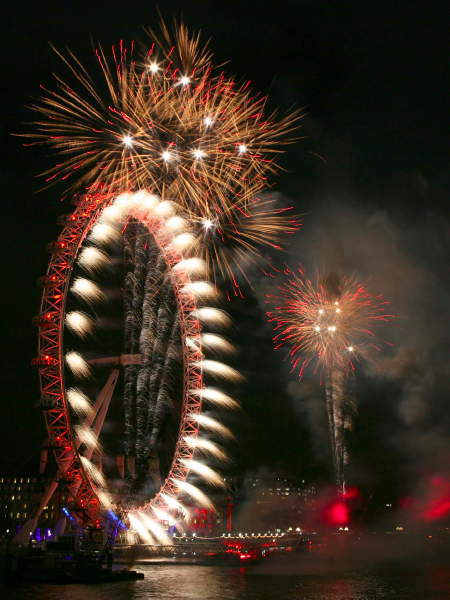 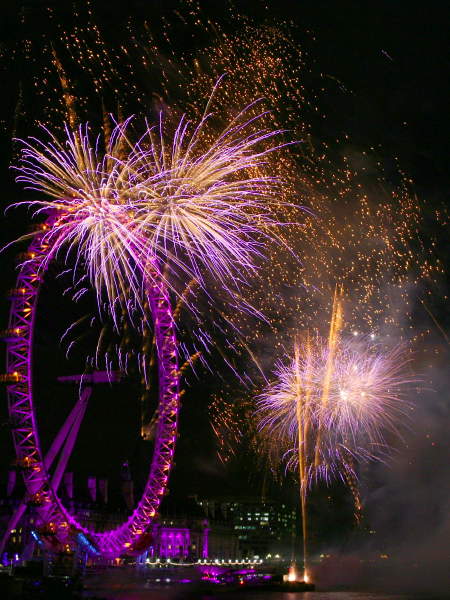 This year's display lasted just eight minutes – a 20 per cent reduction compared to previous years as part of a cost-cutting drive by Mayor of London Boris Johnson.

Unlike previous years there were no projections onto the Shell Centre as part of the countdown to midnight. BBC One's TV coverage was also low-key to reflect the current austerity mood.

The Waterloo area west of Blackfriars Road and north of Lambeth Road was closed to road traffic from 6pm on New Year's Eve as preparations for the midnight crowds got under way.

Between midnight and 4am the London Ambulance Service's Waterloo Road HQ dealt with 2,015 calls, making it the second busiest night in its history. Special treatment centres were set up in Central London, including one at Waterloo Station.

It is ten years since the London Eye was built and London saw in the new millennium with the much-derided 'river of fire' display on the Thames.

The New Year fireworks event, which has been staged by the Mayor since 2003, attracts an estimated 500,000 people into Central London, 68 per cent of whom are visitors from the rest of the UK and Europe.

This year's event cost just over Ł1.6 million, with Ł75,000 shaved off the budget compared to last year.

For every pound spent on pyrotechnics, approximately Ł2 is spent on crowd control measures.