Conservative Party leader David Cameron visited Snowsfields Primary School on Thursday morning as he announced a crackdown on the premature sexualisation of children. 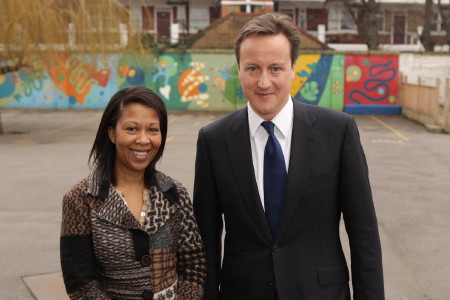 The Tory leader met parents and children at a half-term playscheme at the Kirby Grove primary school.

He was joined by Loanna Morrison, the Conservative Party's parliamentary candidate in Bermondsey and Old Southwark.

"I want to make Britain the most family-friendly country in the world," said Mr Cameron.

"A key part of helping families and mending our broken society is making sure that business is responsible in how it markets and advertises products to children."

He added: "A Conservative Government would take the tough action needed to help families and build a society in which we stop treating children as adults", he said.

Last month the Conservative leader chose Walworth Academy as the setting for the launch of his draft manifesto for schools.