Boxer Frank Bruno and Mayor of Southwark Kath Whittam were the guests of honour at the opening of the Rock Island bar and grill at the Thomas a Becket pub in Old Kent Road on Tuesday. 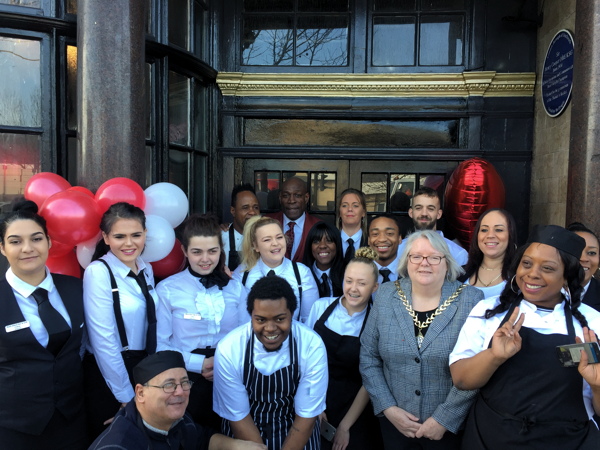 Two years have passed since Southwark councillors revoked the pub's licence after a "serious assault" and a catalogue of other violent incidents.

The building's future as a bar was secured when the pub was listed as an asset of community value under the Localism Act after an application by the Walworth Society.

The pub is well-known for its boxing heritage and carries a blue plaque to mark its connection with the late Henry Cooper. David Bowie rehearsed in a room above the pub in the 1970s.

The venue's new operators have turned it into a cocktail bar and grill called Rock Island linked to an eatery of the same name in Cyprus.

The current pub building dates from 1898 but this part of Old Kent Road – St Thomas a Watering – has been known as a stopping point for travellers for many centuries, and is mentioned in Chaucer's The Canterbury Tales.