The historic Thomas a Becket pub in the Old Kent Road will be reborn as a TGI Friday's-style restaurant if Southwark councillors approve a licence application. 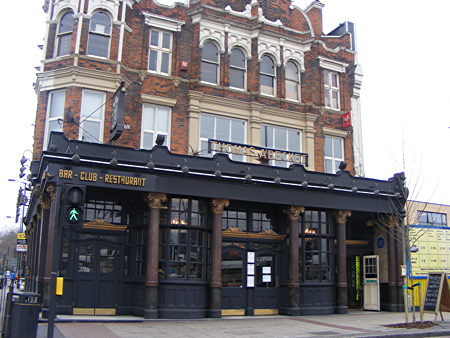 The pub has been closed since 2015 when its licence was revoked after a serious assault.

The building was listed as an 'asset of community value' under the Localism Act after a campaign by the Walworth Society.

The pub is well-known for its boxing heritage and carries a blue plaque to mark its connection with the late Henry Cooper. David Bowie rehearsed in a room above the pub in the 1970s.

Later this month a Southwark licensing sub-committee will decide whether to grant a premises licence to the venue's new operators who are proposing to run the pub as a restaurant called Rock Island, linked to an eatery of the same name in Cyprus.

The new operators say that they will "turn the venue into a premises like TGI Friday's or Steak House without losing its heritage".

The licence application faces objections from the police and several council departments because it seeks permission to remain open till 1am.

Under Southwark's recently adopted statement of licensing policy, a restaurant in a residential area would normally be expected to stop serving alcohol by 11pm.

The current pub building dates from 1898 but this part of Old Kent Road has been known as a watering hole for travellers for many centuries, and is mentioned in Chaucer's The Canterbury Tales.