Bisola, whose drawing won a Christmas card competition, has visited Borough market with her class. 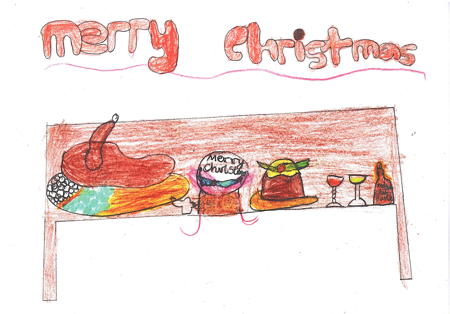 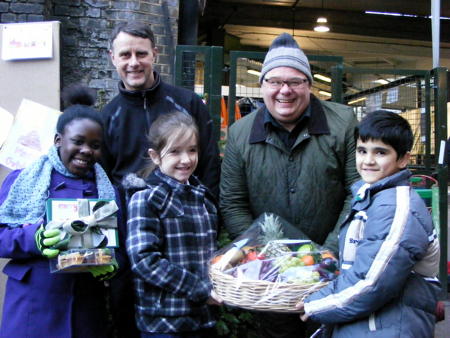 The winning design adopted by Borough Market for the official card was chosen from entries submitted by Year 5 pupils at Snowfields Primary School.

A thousand cards have been printed and during the visit on Thursday morning Bisola and her class received a packet of cards and a basket of fruit as well as mince pies.

The presentation was made by Graham Teale of the Turkish Deli stall and market development manager David Matchett.

Hundreds of entries were sent in and a selection, including a number from Friars Primary School, is on display at the entrance to the Jubilee Market.

Some Snowsfields children were due to return to Borough Market later in the day to sing carols around the Christmas tree.